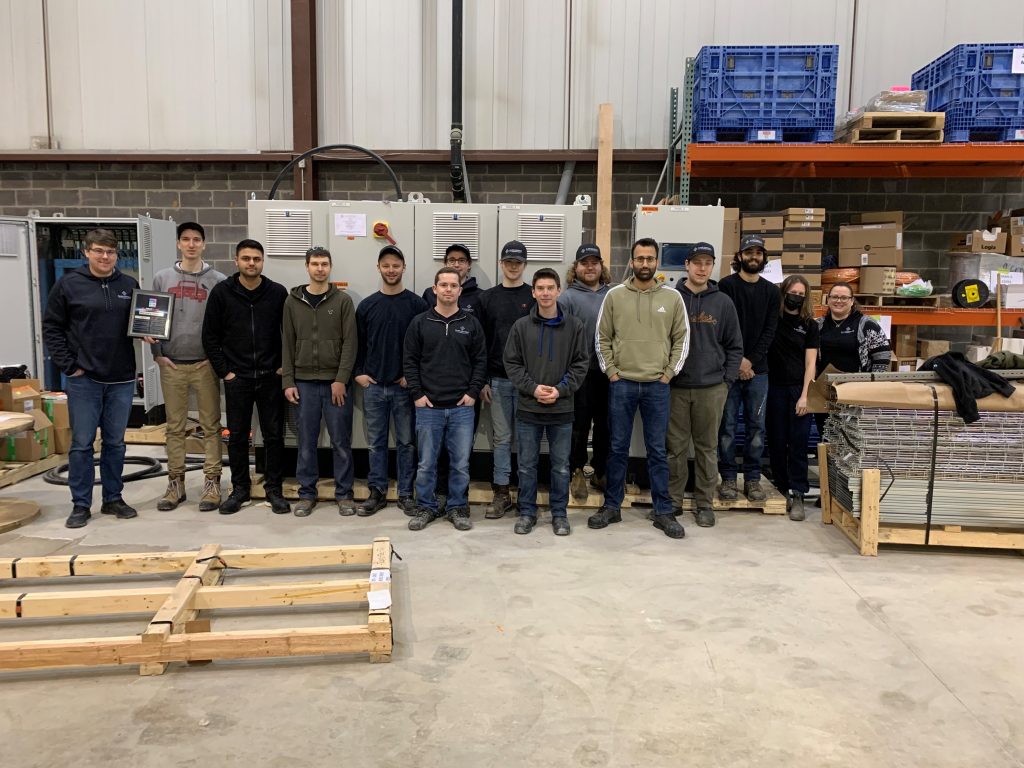 Located in Barrie, Ontario, Black Controls was founded in July 2019 to provide automation and controls solutions for clients in North America, Europe, and Asia. With its strong team of skilled designers, electricians and programmers specializing in designing, wiring and programming industrial control systems, the company has achieved success in a very short time.

At the beginning of 2022, Black Controls became a Rittal Certified Systems Integrator. Rittal Systems offers this certification only to those companies that have demonstrated proficient and exceptional knowledge and experience in specifying and configuring its enclosure and climate control systems.

Proud of the company’s achievement, Rick Black, owner of Black Controls said that this would create opportunities for further training and collaboration with Rittal’s team of experts globally.

The partnership between Black Controls and Rittal Systems began as early as 2019.

“The first panel that our company built was a Rittal panel. We decided to go with this company because we had previous experience working with them. I worked with Rittal’s systems a fair bit before Black Controls was created. I knew the systems very well. So, it made sense to collaborate with them from the very beginning,” shares Rick.

Over the course of the two years, Black Controls has worked with other electrical enclosure companies. However, currently, over 90 percent of the enclosures used by the company are from Rittal.

Black Controls builds a lot of systems for material handling operations, which includes conveyor systems. The company also has a strong customer base in the automotive industry. Rick explains that building conveyor systems involves the use of a lot of drives and VFDs that can be quite large in size.

The team needs space to house these components. That is where they like to use Rittal’s TS 8 series of bayed enclosures. The TS 8 series is all about scalability and offers them the flexibility they require for their jobs.

“We are able to design a similar layout and then add and take away bays as necessary, depending on the number of components there are,” adds Rick.

Benefits of a partnership

For Black Controls, this relationship with Rittal has been quite advantageous.

Rick says that a major benefit is that the company gets to know the support and sales engineers and builds a relationship of trust with them. When new projects come along, Black Controls receive value-added support from the Rittal team.

“For example, recently, when working on a project, we reached out to the Rittal team to discuss fans inside washdown rated areas. They sell different accessories that we can install over the fans, while you still maintain that rating. It is easier and more convenient when such new requirements come up to reach out directly to the supplier or manufacturer,” says Rick.

Over time our team members get to know the Rittal team members and as the relationship builds, it is easier to work together and find solutions that fit our requirements. For the Black Controls team, it makes the work easier as well. The company has the option to purchase the same size panel or enclosure from other manufacturers. However, there are small differences in the way the things are connected, leading to a lot of different accessories being purchased. Being familiar with Rittal’s systems saves a lot of time on the design. 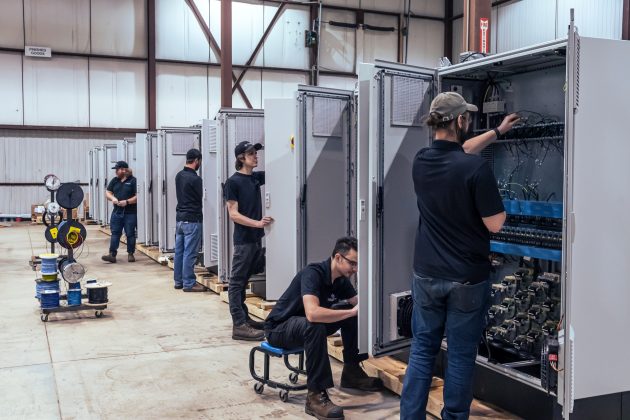 “Even adding those extra components to our drawings, then ordering and purchasing them adds time. If you miss anything, it could lead to delays in project completion,” says Rick.

With Rittal’s enclosures, the Black Controls team is confident when they spec them out. They are confident about the accessories and they know what they need. This confidence, says Rick, is based on working very closely with them over the past two years.

For the Black Controls design team and its building assembly group, the learning curve is always shorter. They know how everything goes together. Less time is spent on reading instructions and figuring out the fine details of new components. It makes the processes more efficient for them.

Working with Rittal has helped Black Controls solve challenges and obstacles they faced along the way.

When Black Controls first began working with Rittal, the Rittal team was able to help its designers refine the type of enclosures required, what baying materials would be needed and the number of divider panels and base plinths.

Learning the intricacies of enclosure accessories can often be a daunting task when new to the business. Rittal’s team was able to support Black Controls during this time, offering information and education when needed.

“There are a lot of things involved, more than you would think when you see a completed electrical panel. Rittal’s applications team made sure that we selected the right components and they knew what we needed. When we placed orders with them, they would review our selections and let us know if we were missing anything” explains Rick.

This saved them a lot of time when putting the components together. For climate control, the Rittal team made sure that Black Controls was sizing the fans or air conditioners correctly so that the components inside the enclosures were not overheating. They made sure that they were kept within the operating specs for the environment where the panel would be installed.

Currently, Black Controls is working on a project for the food and beverage industry. Rick says that they will be using Rittal’s Hygienic Design series of enclosures.

Black Controls has a wide customer base that goes beyond North America. Recently, they had an issue with a Rittal air conditioner that they installed at a customer’s site in the United Kingdom. Since Rittal has a global presence, they were able to instantly dispatch people to troubleshoot and fix the issue. Rittal’s global presence provides significant value in this regard.

“If we had to send someone over from our team to fix the issue or if we were relying on a supplier that was strictly local or North American, the process would have been expensive. We could end up going there twice, the first time to figure out the problem and the second time to solve it. Instead, Rittal was able to visit the site and troubleshoot on our behalf,” says Rick.

Black Controls customers have come to expect specific standards and quality of the products that they receive. Having Rittal as a major supplier allows the company to offer a level of consistency with its products.

Being international, Rittal’s systems comply with the standards and ratings requirements for worldwide markets, notes Rick.

“When we offer our products, the end-users are sure that what’s installed in them are appropriate for their area of operation,” he adds.