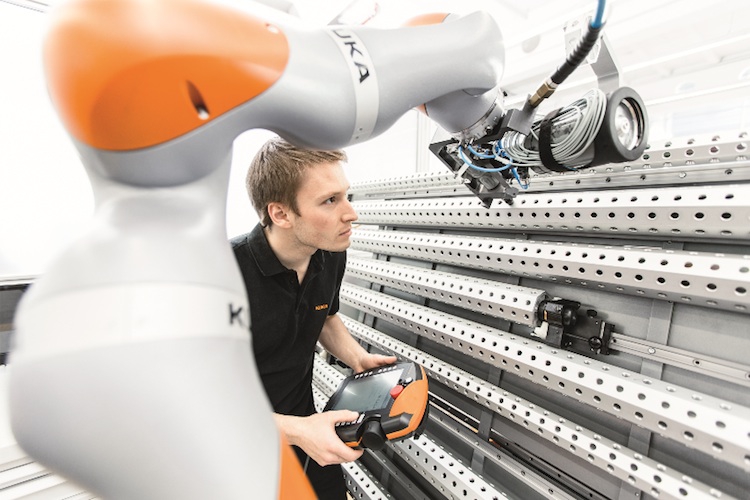 May 18, 2016 – Chinese appliance maker Midea made a $5.2 billion takeover offer Wednesday for German industrial robot maker Kuka, a move that it says would help it capture a larger share of the “future service robots market.”

Investors seemed bullish on the offer price, pushing shares in Kuka up a stunning 31 per cent to 108.8 euros on the news.

The Chinese company, which is based in southern China’s Guangdong province, raised its stake in Kuka to 10.2 per cent in February. Indirect holdings of Kuka stock bring its current total ownership to 13.5 per cent.

Chinese companies have been on an overseas acquisition spree as they use their cash hoard to buy up foreign technology to bolster their competitive positions at home.

Industrial firms in China are looking to boost their automation levels to replace humans as the pool of workers shrinks and wages soar.

Kuka AG is based in Augsburg, Germany, and says it has annual revenues of about 3 billion euros and employs 12,300 people globally.