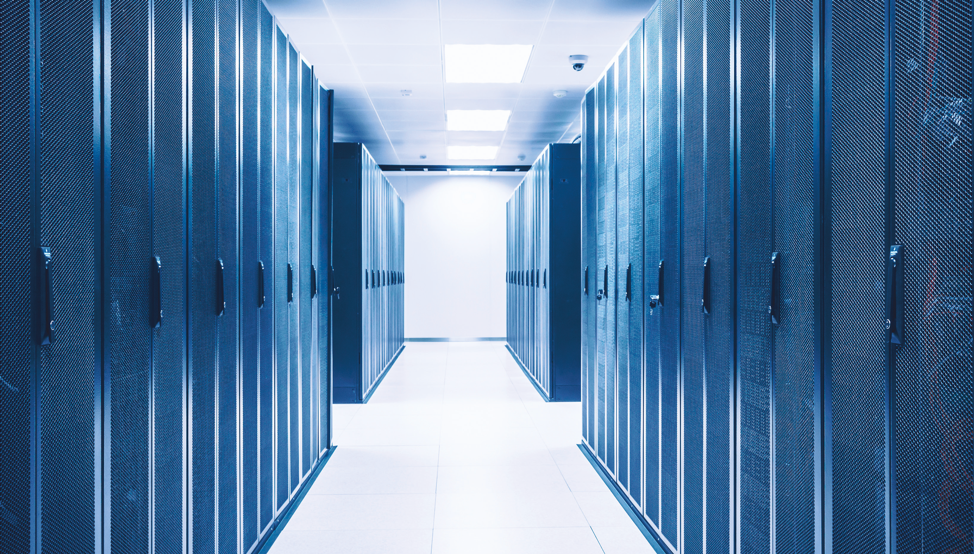 Assembly line cameras that can sense minute paint quality defects are, by today’s standards, ordinary devices. What’s difficult is reducing the massive amounts of data they collect to timely information for updating ERP systems, adjusting machines on the fly, alerting operators or even shutting down production lines.

Industrial edge computing, sometimes called operational technology (OT) edge computing, provides the computing brainpower that makes this possible. According to IDC research data, annual growth for the segment in Canada is 12.3 percent, with the annual total reaching $7.5 billion by 2024.

“If you’re looking at a very simple high-definition webcam setup to track paint quality on cars, there’s a huge amount of data it’s processing,” says Dave Pearson, research vice-president of infrastructure at IDC Canada, “but only a tiny portion of that ever needs to be acted on.”

Edge computing is tough to define because it’s a topology rather than a class of technology. “Edge computing is really a networking philosophy, so it’s a very broad umbrella,” says Mike Daly, vice-president of sales at St-Laurent-based automation provider Rotalec. “It brings computing together to simplify it and it works across many different platforms. So, it’s defined by what you are using it for.”

What the approach does is fill in gaps where cloud computing and storage are not viable options. The most commonly discussed issue here is latency – the delay in sending and receiving data to and from the cloud. By bringing the necessary computing power to the shop floor, edge computing lowers the latency significantly, enabling the instantaneous response required in high-speed automation applications.

“I often illustrate this by pointing out that you don’t want to have a system that’s sending an email off to find out whether or not it needs to shut off a machine when an employee’s hand is caught inside it,” says Pearson.

A related data transmission problem is one that manufacturing shares with mining and agriculture – limitation in bandwidth between the work facility and the cloud. In many situations, the bandwidth is simply not available. In others, the cost of transporting high volumes of data between the plant and cloud servers is prohibitive. This is amplified by what IDC calls source density – the staggering number of IoT devices that are collecting data in the typical plant.

“You never want to send all the data back,” says Pearson. “You want to process it there, discard the non-essential information and deal with the outliers that you’re finding on the floor.”

Edge computing not only makes local decisions for automated processes but provides real-time information for enterprise apps hosted in the cloud. As such, it acts as an intelligent grid that understands the apps that it is communicating with – for example, a supply chain control tower – and decides whether information gets transmitted, stored or deleted.

“When I have a control tower, I want summarization data,” says Vijay Pandiarajan, director of product management at IBM Sterling. “Later on, I might need some other portion from the millions and millions of data bits that I’ve got, but I don’t know what portion I need. So you want to keep and process that data on the edge.”

A common issue, Gutle says, is compliance with security standards such as ISA 95. “This has specific requirements around network isolation that can be really tricky to deal with,” he says. Another is data residency – keeping sensitive data from crossing international boundaries.

As Daly points out, edge computing adoption is being driven by particular use cases. Rotalec is seeing strong demand for predictive maintenance, which uses artificial intelligence (AI) to scan large amounts of IoT data for potential failure patterns.

Bringing technologies like AI and video processing to the shop floor has become increasingly viable with the release of ultra-fast server technology from the likes of Xeon and NVidia. “Hardware has changed a lot in the last couple of years,” says John Younes, co-founder and COO of edge platform provider Litmus. “With the high-powered servers and chip processors that are coming out, a lot more can be done on the edge with AI and video processing.”

Implementing automation projects that leverage edge computing, however, involves some serious hurdles from an IT perspective. The primary one is integration with legacy equipment that might be thirty years old.

“I think probably the hardest thing for manufacturers to do right now is to integrate this technology into existing legacy systems,” says Pearson. “A lot of those systems are proprietary and don’t communicate well with each other. So, if we say we’re suddenly going to make our processes machine-learning centric, that becomes a very difficult task.”

As Younes explains, the Litmus edge computing platform functions as a smart data broker that processes and transmits data from diverse legacy devices. “Our core competency is really solving that first piece, which is dealing with data collection from control systems and legacy devices,” says Younes. “We’ve developed hundreds of different drivers, so we can connect to all the data sources, collect that data and then we normalize it into a common structure and format. And then we have different tools where you can do things like KPI calculations, or run different AI models on top of the data with closed loop control back to the control systems.”

The challenge, however, is not just technical – there is often a significant culture gap between the engineers that plan automation projects and the IT people who support edge computing. “Generally, it’s the IT people who control the budgets,” says Younes, “but people who fully understand how they should be grasping the benefits of these technologies are not always easy to find.”

The future of edge computing is tied to the use cases it enables. Predictive maintenance, quality control, augmented reality, safety and robotics are frequently-discussed examples, but the possibilities span the entire field of manufacturing automation. Once manufacturers have mastered the learning curve of installing and maintaining an edge computing environment, automation is likely to accelerate.