Thanks to wide deployment of IoT sensors, many manufacturers are sitting on mountains of collected data. Capitalizing on their investments will come not from mega-projects, but from incremental initiatives 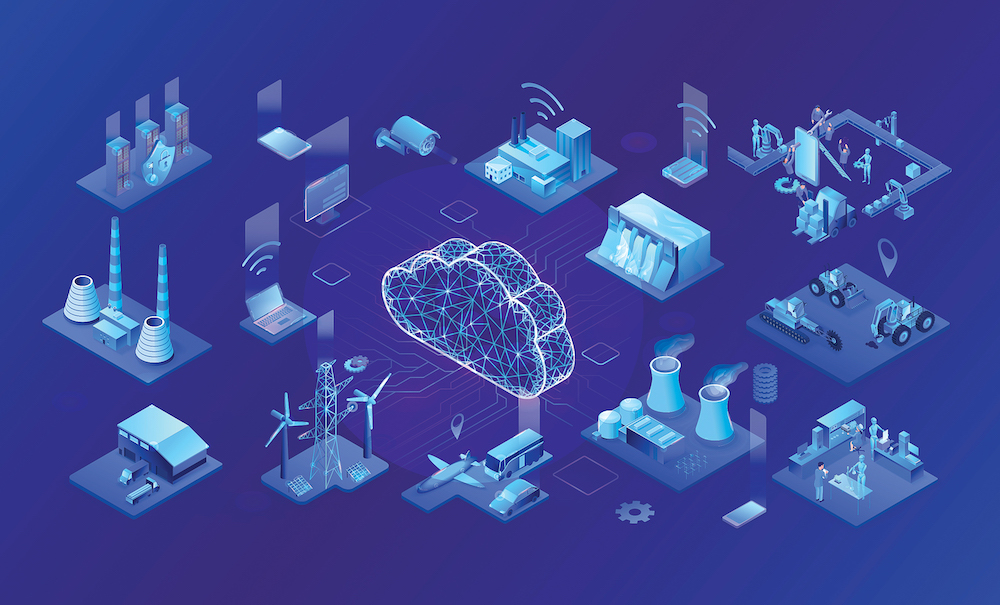 If data is the new oil for online marketers, it might be better described as the new bitumen for manufacturers. The key difference is that manufacturing data, like bitumen, only delivers value after many steps of separation and processing.

“A lot of people start to collect data and think that they’re building up this wealth of information that’s going to lead to actionable insight without too much effort,” says Jean-Christophe Petkovich, co-founder and CTO at Kitchener-based Acerta Analytics Solutions. “But what we’re finding is that most of the work that needs to be done comes after the information capture actually happens.”

The challenge in manufacturing is that processes are unique, and there is no universal roadmap for successful technology deployment. Instead, process owners must match the data to real-life situations through a series of trial-and-error experiments. Strategic initiatives that take years to implement, therefore, are likely to miss the mark or be out of date by the time they are completed.

“You want to identify the low-hanging fruit as your first target for the implementation of your data strategy,” says Petkovich. “What you don’t want to do is plan out a grand sweeping strategy that takes a couple of years to implement.”

A key consideration is that even widely touted initiatives such virtual simulations don’t necessarily add value. “Being able to see a process in 3D is great,” says Rajiv Anand, co-founder and CEO of Oakville-based AI solution provider Quartic.ai., “but does it give you value? I’m not saying that it doesn’t – in some cases it does – but if you can create a 3D digital twin, you’ve got to ask what value it’s going to bring.”

Another pitfall is that having large amounts of data is no guarantee of having the right data. “People realize that even though they’ve collected all sorts of data, they don’t have the data for the particular problem that they want to solve,” says Anand.

Extracting value from the data

According to Çağlayan Arkan, Microsoft’s vice-president, manufacturing industry, the journey to connected manufacturing is proving to be an incremental one, particularly in small and medium-sized companies.

“What we’re seeing is what I call the flywheel of innovation,” says Arkan, “where you do one project that saves money very quickly, and then invest that saving into the next use case, and so on. That way, you very quickly get into a much different place.”

For many, the journey is beginning with familiar problems on the shop floor. Maybe a company is coping with a high defect rate, excessive lead times or frequent equipment breakdowns. Perhaps, as many have found during the pandemic, there’s poor visibility of the inbound supply chain. Projects that make measurable inroads on recognized priorities like these are most likely to generate momentum.

While the journey takes time, the powerful combination of collected IoT data and artificial intelligence has the potential to bring unprecedented transparency and insight to a wide range of manufacturing problems.

Process owners must match the data to real-life situations through a series of trial-and-error experiments. Strategic initiatives that take years to implement, therefore, are likely to miss the mark or be out of date by the time they are completed.

“Rather than limiting ourselves to tooling that was designed to handle low sample sizes, we have complete measurement these days,” says Petkovich, “so we can track all the measurements generated from each individual unit that’s being manufactured. That means we can use more advanced methods.”

This allows manufacturers to achieve traceability – the ability to track each produced unit by serial number – which is something manufacturers have struggled with in the past. This makes it much easier, for example, to conduct a root-cause analysis of a problem identified after the fact.

When real-time readings indicate deviation from the baseline – a condition called signal drift – software tools detect this and either alert operators of an impending problem or take automatic action.

This same basic idea can be applied to many problems. Quality problems can be detected as they occur, as opposed to later. Safety risks can be quickly spotted before an accident occurs. Conditions indicative of imminent equipment failure can be flagged early in the maintenance cycle.

“A process has got to be repeatable – that’s the whole idea,” says Petkovich, “so as soon as you see any drift or deviation from what you see as the norm, that’s an indicator that there might be a threat to your repeatable process.”

Much of the determination of problems is the result of multi-factor measurements – for example, a combination of temperature and pressure conditions might be a warning sign. Recently, thanks to advances in AI, it’s become practical to include discrete or externally gathered information in multi-factor calculations.

“To me, the biggest opportunity is to be able to combine discrete data in the same system along with time-series data that’s being brought in in other ways,” says Anand, “and that technology is evolving very rapidly.”

A key example is the inclusion of a COA (certificate of assessment) of materials, which is incorporated into the AI model using a virtual or soft sensor, allowing the program to treat certain variables in the COA alongside sensor readings for the purpose of calculation.

“If you have a lot of previous discrete measurements, you can train algorithms with that data to turn them into online measurements,” says Anand.

Technology is enabling manufacturers to achieve unprecedented visibility into their processes. The connected manufacturing journey, however, is not one that can be delegated to technology teams and vendors.

“I think you need to start with domain knowledge and the production line itself,” says Petkovich. “This means planning to use some of the time of the process engineers that are involved with architecting or managing that process within the actual group of people that plan out the data strategy.”

“We are starting to see smaller-scale manufacturers adopting faster than larger ones,” says Anand. “They come with a very acute problem in mind, and they don’t have the time or the resources for these large, long-term experiments.”

One of the subtleties is that much of the data collected will only be useful in specific circumstances that can only be understood by domain experts. “IoT devices collect data all the time, 24/7, but a lot of that data just confirms what you expected to see,” says Shari Diaz, innovation, strategy, and operations director, IBM Sterling, based in Columbus, Ohio.

“So it’s about establishing what’s expected versus what is not, and getting alerted when things are, or are predicted to go, awry.”

Most manufacturers will be developing their projects in unproven territory, necessitating a trial-and-error approach. “You have to scope it small,” says Diaz. “And if you hit it out of the park the first time, good for you, but not many people do on the first try. What we say is fail fast, learn and do it again. You need to go into it with that mentality.”

The need to tie the efforts to immediate problems is a particular incentive for smaller players. “We are starting to see smaller-scale manufacturers adopting faster than larger ones,” says Anand. “They come with a very acute problem in mind, and they don’t have the time or the resources for these large, long-term experiments.”

Being smaller may make a company more agile, but it doesn’t necessarily make the journey any simpler. “Whether it’s for a large manufacturer with 500 plants or a smaller one with maybe five, the need for connectivity, visibility, predictability, resiliency – all of that – is actually pretty much the same,” says Arkan.