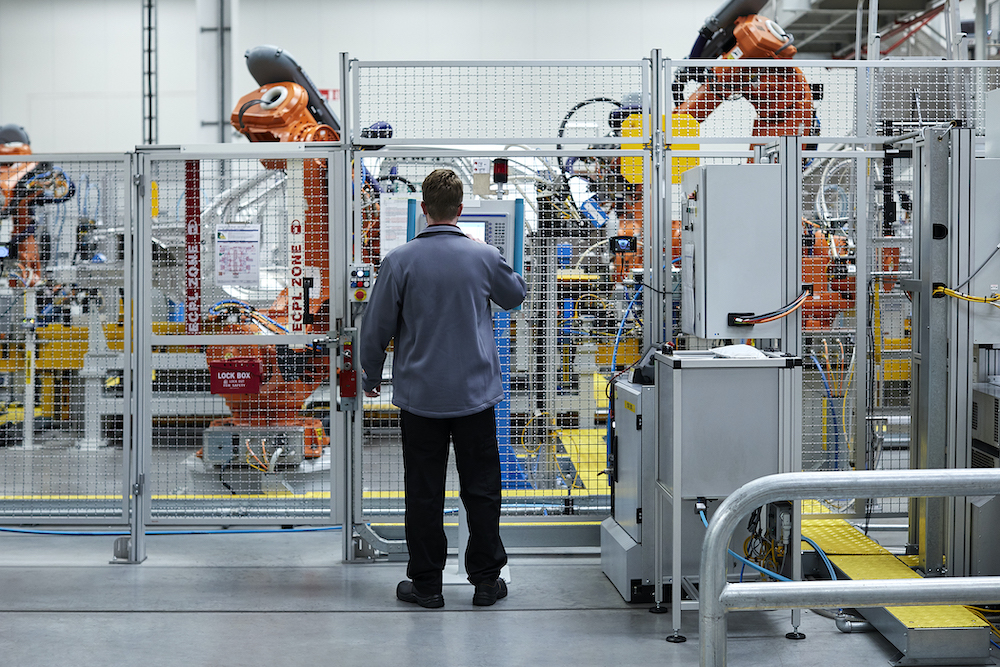 We talk a lot about the benefits of automation here at MA, and one thing we hear over and again from vendors is that automation isn’t taking away jobs, it’s changing them.

That’s a true statement. I’ve even said it myself countless times, because I believe it. Artificial intelligence, robotics and other advanced technologies are shifting the way manufacturers design, produce and deliver goods for the better.

There’s a growing number of roles required to develop those technologies, facilitate and maintain their operation, and action on the insights gained therein.

But this is only half of the conversation. The workers for these new roles aren’t going to just materialize. In order to fill the positions, the younger generation needs to see manufacturing as a viable career choice.

Perhaps more importantly, members of the existing labour force working in occupations susceptible to automation need to reskill. Why? Well, because their current jobs will disappear at some point.

So whose jobs are most at risk of being automated, and what can we do to get them into less routine, harder-to-automate occupations? The Conference Board of Canada, in partnership with the Future Skills Centre, has studied this extensively and recently produced an interactive online map to help track where vulnerabilities lie.

The Automation Vulnerability Index (AVI) evaluates regions across the country on a scale of 0 to 1 by the degree to which they may be affected by automation. The higher the score, the higher the vulnerability.

In order to arrive at a region’s score, the index measures the share of the workforce in high-risk, low-mobility (HRLM) roles — these are occupations at high risk of automation that require at least a year of training to move to another, lower-risk role.

The Automation Vulnerability Index (AVI) evaluates regions across the country on a scale of 0 to 1 by the degree to which they may be affected by automation. The higher the score, the higher the vulnerability.

The index also calculates the average economic cost of switching to a new role, as well as the share of the workforce in careers that don’t have many job openings, those who are over age 55, and those who have a high school diploma or less.

The researchers concluded that one in five employees in Canada work in a job that has a high risk of being automated. Manufacturing is one of the top industries likely to be impacted by automation, given that the industry currently employs many workers in what are considered “routine” jobs.

Brantford (0.71), Belleville (0.70) and St. Catharines-Niagara (0.67), all in Ontario, take the top three spots for most vulnerable cities, and Abbotsford-Mission (0.66) in B.C. rounds out the top five. Conversely, the AVI score for Canada is 0.45. (To see what the future looks like for your region, see the AVI Map.)

Manufacturing is one of the top industries likely to be impacted by automation, given that the industry currently employs many workers in what are considered “routine” jobs.

The researchers say lower-density areas that rely on only a few industries, such as Kelowna, B.C., Saint John, N.B. and Edmonton, Alta, will likely be harder hit. This is because low-wage tasks suitable for robotics are more commonly found in these regions.

Overall, the Atlantic Canada region is most susceptible to its workforce being automated. It has the highest number of people working in HRLM roles, and the oldest workforce in the six regions profiled. Quebec is the least, due to its lower cost of education and young workforce helping to fill those new tech-focused roles.

The researchers suggest a region-specific approach to solving this problem. They encourage municipal and provincial governments to identify the areas they are most vulnerable, then introduce a combination of upskilling courses, economic diversification, cost reductions for training through secondary school partnerships and on-the-job learning, incentives for young workers to remain in the region, and attractive immigration programs.

“Although government policy can facilitate industry diversification, it is ultimately a firm-level process that should rely on regional strengths,” the researchers say. “When firms and entrepreneurs reuse core competencies and draw upon knowledge and resources from existing industries, they contribute to a regional economy’s evolution.”

In other words, companies with jobs at risk of being automated need to ensure their workers have support to make the transition to new roles. It’s time to think about training.

A condensed version of this article appears in the June 2021 issue of Manufacturing AUTOMATION.

Related
Bridging the manufacturing skills gap
How will automation affect Canada’s post-COVID economy?
Editorial: What will happen to routine jobs after the pandemic?
Your manufacturing workforce: Complete exit interviews before it’s too late
Tags