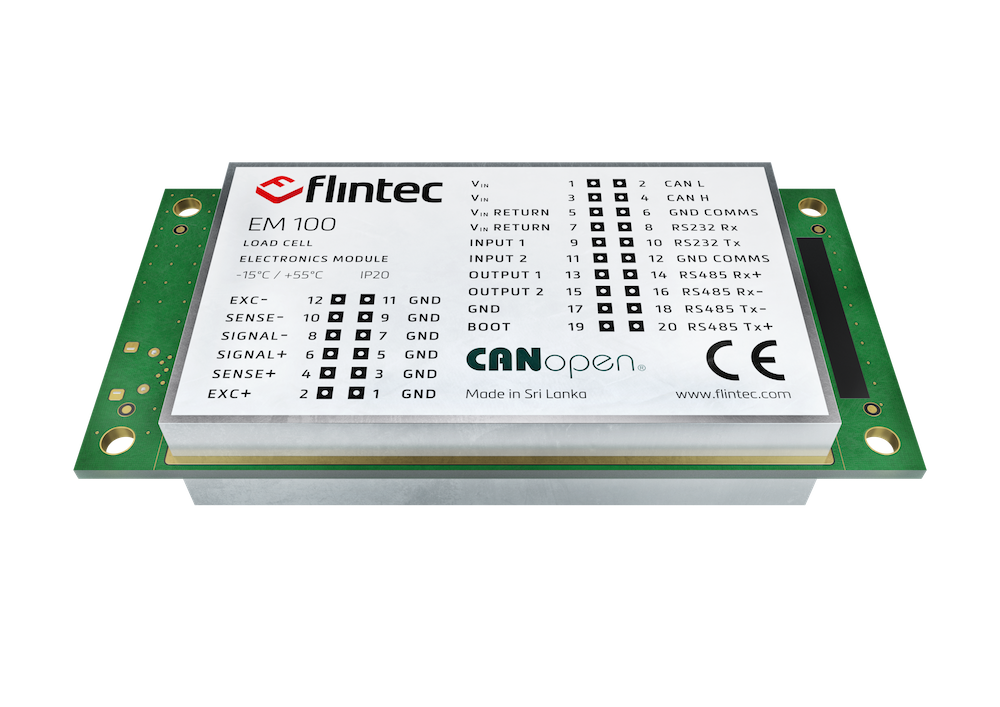 Weighing component specialist Flintec has launched the EM100 family of digitizing units for general weighing applications such as dynamic, static and high-speed weighing.

The EM100 is a precision amplifier manufactured to be embedded directly into a weighing system with multiple configuration options available and plug-and-play compatibility.

AC and DC variants of the EM100 are available with, legal for trade, OIML certification from 10,000 to 20,000 verified scale intervals and a class leading linearity of ±0.0005 per cent.

Connectivity via CANOpen interface, RS232, RS485 and USB is available, along with the ability to connect up to six load cells. Flintec also provides dedicated software, allowing for  device configuration.

Other features include 80 – 1200 measurements/s, two digital inputs and two digital outputs, and an optional adapter board for easier connections.

Flintec has developed the EM100 to work seamlessly with its range of load cells, force sensors and assorted accessories, forming a complete weighing system.