Publicity around 5G focusses on faster networks for consumers. Lesser known is its projected pivotal role in advanced manufacturing. 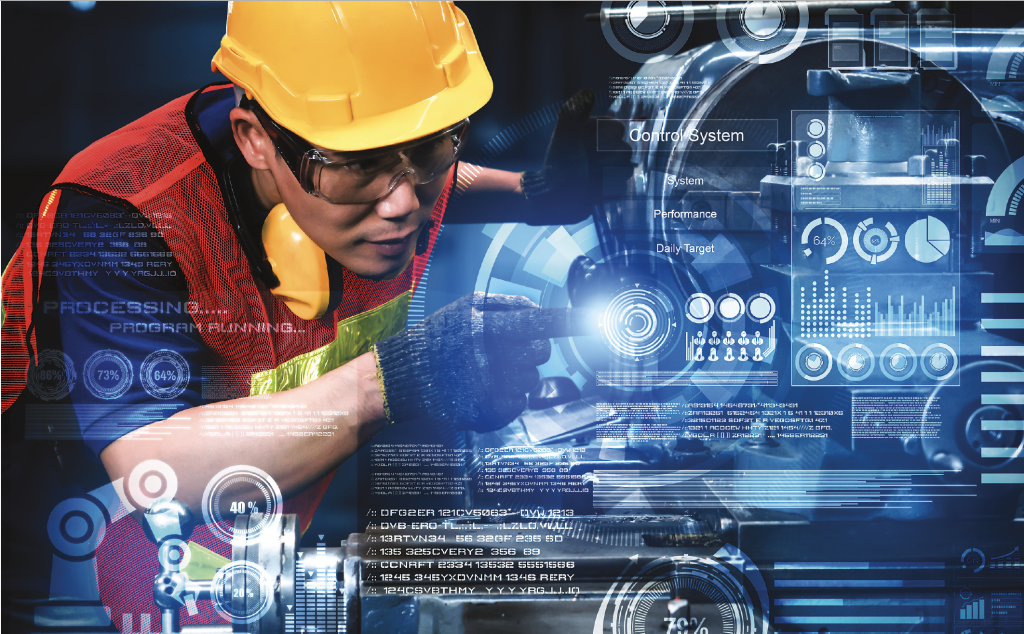 A major barrier to next-generation manufacturing automation has been the limited capacity of networks to support data-intensive technologies such as automated vision systems, AI-powered apps, mobile robots, and massive numbers of IoT devices. A new generation of 5G-powered network-as-a-service (NaaS) offerings from Canadian telcos will help manufacturers fill this gap.

5G or fifth generation cellular is far more than an upgrade to 4G. While its twenty-times-faster transmission speed will allow a consumer to download a full-length high resolution movie in a few seconds, experts believe that other features of 5G, and their utility in business environments, will prove to be far more important.

The most prominent of these is its low latency, that is, the ultra-fast turnaround time for a device to receive and send a 5G signal. This same capability that will allow driverless vehicles to interact instantaneously with 5G sensors along the road will enable advanced manufacturing systems to respond in real time to process deviations, quality glitches or safety hazards.

5G also supports high source density, making it suitable for applications that depend on signals from large numbers of IoT sensors. “5G supports incredible amounts of density compared to all the other technologies,” says Charles Cooper, former telecom consultant and owner-operator of Muskoka Hydrovac, “so you can have a lot more sensors, which is where the future is going.”

Manufacturers will also be able to deploy 5G to replace aging supervisory control and data acquisition (SCADA) technology, Cooper explains, which is relatively slow and expensive, and has limited capability for communicating with data systems. “5G will give you the opportunity to put in more edge computing devices,” he says.

Another key aspect of 5G is that its architecture is based on two other leading-edge networking standards, namely Software Defined Networks (SDN) and Network Functions Virtualization (NFV), creating unprecedented compatibility with other networked technologies.

“Now you have things deployed for both wired and wireless networks running on the same architecture and ultimately, the same software,” says Lawrence Surtees, vice-president of communications research at Toronto-based technology research firm IDC Canada. The result will be, according to Surtees, “the most profound development to occur in telecom in our lifetime.”

Accordingly, 5G will essentially become a lynchpin for the deployment of Industry 4.0-related technologies. “5G will enable our customers to move more data at faster speeds to meet the demands of new supply chain applications such as drones for high-speed warehouse inventory and commercial deliveries,” says Paul Howarth, senior director of advanced services at Rogers Communications, in a company statement.

A bigger role for telcos

According to François Legare, senior application architect at 5G Services Lab, Bell Canada, one of the key advantages of 5G is that it can be fast enough to replace traditional network infrastructure in certain applications. Private 5G networks that deliver wireless connectivity to the plant floor that will help reduce the expense of fibre optic cabling, IP routers, wi-fi transmitters, and other devices.

“A telco operator like Bell can provide a strong signal on the floor so that manufacturers don’t have to invest in network infrastructure,” says Legare.

An even greater advantage comes from 5G’s ability to support high bandwidth mobile use cases such as mobile robotics, and augmented and virtual reality. The key is a practice referred to as multi-access edge computing (MEC) where the “brains” of an app reside on an edge computing server installed in close proximity to a 5G base station. This minimizes latency, and makes it practical to integrate mobile technologies with traditional IT infrastructure and the cloud.

“When you combine MEC and 5G, this is where the real magic happens,” says Legare, “because you can lower the cost of infrastructure while leveraging the power of the cloud at near real time.”

5G networks can also be segmented for more efficient use of the available spectrum through a technique called network slicing, where segments can be optimized for latency, speed or number of connections. Since a disruption in one segment doesn’t disturb the others, the technique can also be used to isolate segments for security and redundancy purposes – an important requirement in manufacturing environments where large numbers of connected devices are a potential security liability.

Much of 5G’s advanced functionality will be provided through partnerships. Bell, Rogers and Telus are partnering with Stockholm-based network infrastructure provider Ericsson, which provides the 5G-powered Radio Access Networks (RANs) that connect mobile devices to server infrastructure. Ericsson in turn is partnering with Google to bring cloud technology to the edge.

“Google’s vision is to empower telcos with a modern edge computing platform that delivers some of the best Google Cloud Platform capabilities to the businesses,” said Google Cloud CEO Tomas Kurian in an interview with Ericsson. “This partnership with Google will help telecom companies monetize their 5G network services.”

Microsoft, Cisco, IBM and Amazon are all getting into the game, partnering with a variety of telcos and network infrastructure providers. An Ericsson study predicts that revenues from 5G related services for telco operators will reach 129 billion USD in 2024, up from 14 billion in 2020.

Unlike previous cellular versions, 5G resides on a number of frequency bands, and is being implemented in phases over an extended period. The technology will not be completely operational in Canada until at least 2024 when the final auction for spectrum licenses is completed.

The phased release has created some confusion over the definition of 5G. Much of the currently available 5G network capacity is of the non-standalone (NSA) variety, meaning that the networks are operating in part on existing 4G infrastructure, and don’t have the full functionality and performance of 5G.

The predominance of NSA 5G in Canada means that many of the projected benefits to manufacturing will be delayed for several years – long after 5G services become the standard in consumer markets.

Standalone (SA) 5G, which will eventually replace NSA 5G, requires significant investments in telecom infrastructure, as cell towers have to be much closer together to support transmission at higher frequencies. IDC Canada estimates that spending on 5G infrastructure will exceed C$30 billion from 2018 to 2025, not including the record amounts paid to the Canadian Government for spectrum licenses.

Many of these expected advances are at the pilot stage. Telus and Ericsson announced the results of a network slicing pilot in May, and in August, Bell announced a collaboration with start-up Tiny Mile in which it will provide 5G connectivity for food delivery robots in downtown Toronto.

Overall, Canadian telcos are betting that just as businesses turned to software-as-a-service (SaaS) cloud vendors for enterprise computing in the 2000s, they will turn to NaaS providers to enable the connected enterprise.

“The manufacturing sector is a great example of the synergy between the new technologies of digital transformation, including 5G and IoT networks, robotics, and artificial intelligence,” says Surtees. “All of these technologies are already coming into play in this sector in Canada.”