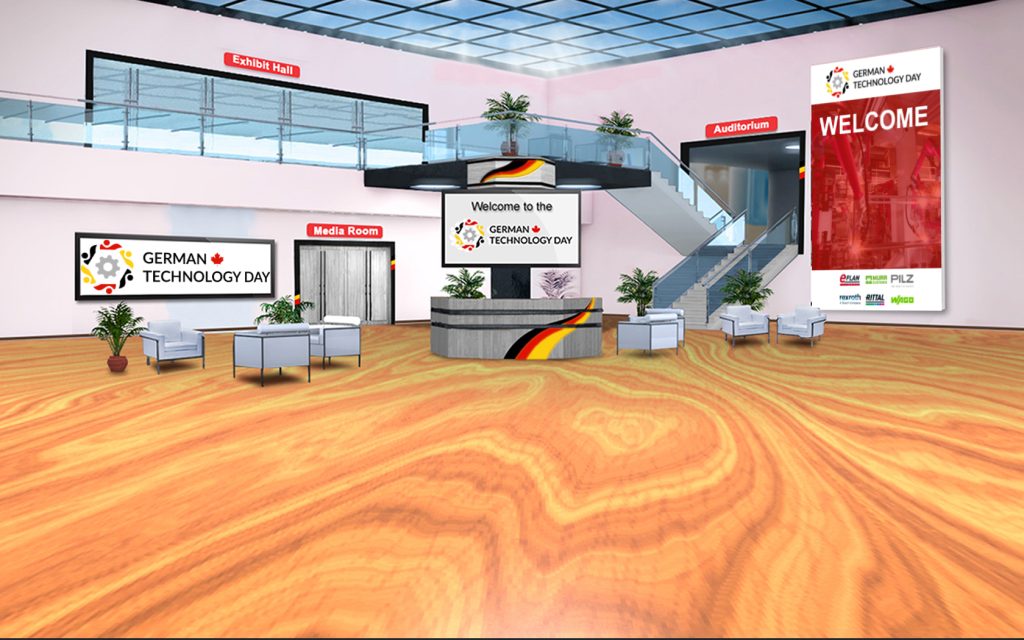 MA: Andreas, this is the third year for German Technology Day. How did it all begin?

AS:  Whoever has had a chance to visit the Hanover trade show has probably seen the huge number of German technology companies, especially in automation halls nine and 11. When I was at the show in April 2018, I started thinking about showcasing German technology here in Canada. Many mid-sized German companies (mid-size could mean anything from $50 million to $3 billion in sales) are globally successful, but are not very well known in North America. A special event like the German Technology Day (GTD) benefits these companies as well as their Canadian customers.

MA: What were the next steps that you took to make this show a reality?

AS: I contacted the Canadian German Chamber of Industry and Commerce to get its feedback. Thomas Beck (former president) and Yvonne Denz (the new president) liked the idea. They offered their support and connections to have even the German ambassador and the German consulate involved. With this backup, it was easy to convince the first companies to join.

MA: Andre, how did Rittal become a founding member of GTD?

AB: After Andreas contacted our former president Tim Rourke, Tim approached me to support the event. He believed it would be a game changer. I was all over it from the beginning and thought that this was a great opportunity to showcase that Rittal offers more than just enclosures. A part of the Rittal solution is the Eplan software. So, we contacted Roland and shared this idea.

RY:  It took me a split second to say yes. This was the perfect opportunity to show the Canadian market that the Eplan software works with a lot of products, and that these products can be in one panel, working as one solution.

JM: When Andreas shared this idea with me and said that I had the first shot, I did not hesitate at all to join. Each of our companies individually can address a certain part of the Canadian market, but all four together can attract much more customers to an event like this.

MA: The first GTD had four participating companies. How did the event pan out?

AS: We approached a couple of other companies, but they weren’t prepared at that time. So, the first event had Eplan, Pilz, Rittal and Wago – the “fab four”. We had two venues, one in Mississauga, and one in Kitchener. All marketing departments worked closely together to promote the events. The IT teams from Wago and Eplan did a great job creating a website.

AB: The turnout was great. The attendance in Mississauga exceeded 130, and in Kitchener we had over 30 people. I think what made it so successful was the mixture of educational seminars and a trade show. The attendees had the chance to speak to various people at the booths, as well as attend the seminar sessions.

RY: Most of the attendees were there for several hours, starting with breakfast and staying back even after lunch. By the way, the entire event is free of charge. It includes the seminars, parking, food and beverages, plus some giveaways. 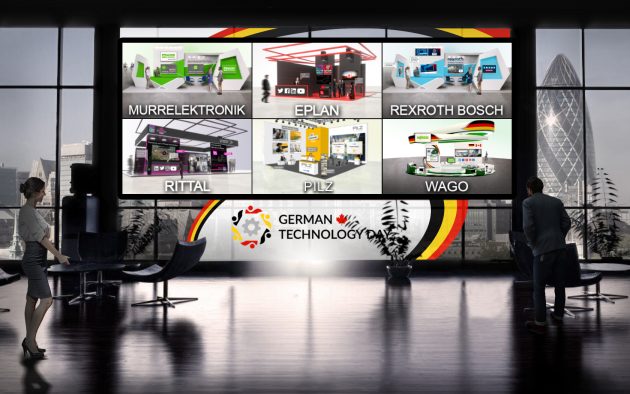 AS: This was an even greater success. We had over 350 participants! One reason was that Murrelektronik and Bosch-Rexroth joined the group. Another reason probably was the chance to win up to $1,000 cash. The German ambassador provided a welcome video, while the presidents of the six companies gave an introductory presentation. The seminars were conducted live in 30-minute slots.

RY: Eplan has several years of experience with virtual trade shows. We used the Eplan platform for the 2020 GTD. The feedback from the attendees was amazing.

MA: What have you planned for this year’s event?

AS: With Festo joining us, we have seven companies this year. We have planned two face-to-face events, one in Toronto on Oct. 26, and one in Montreal on Nov. 2. We also have a virtual event parallel to the Toronto event. We will live-stream all presentations and keep the virtual booths open. If people cannot make it in person, they still have the option to attend virtually. The German ambassador and the consul will join us for the opening sessions.

MA: What do you have in mind for future events?

JM: So far, we have only non-competing German companies as members. For 2022, we plan to include direct competitors of our seven current members in the event. We hope to get a total of 15 participating companies. | MA

Related
Realistic budgets for safety upgrades: What are the true costs?
TOP 5 IN 2010: Automation technologies to watch for
Sensors a “hot” commodity for German manufacturer
Overall equipment effectiveness: Making OEE implementation a success