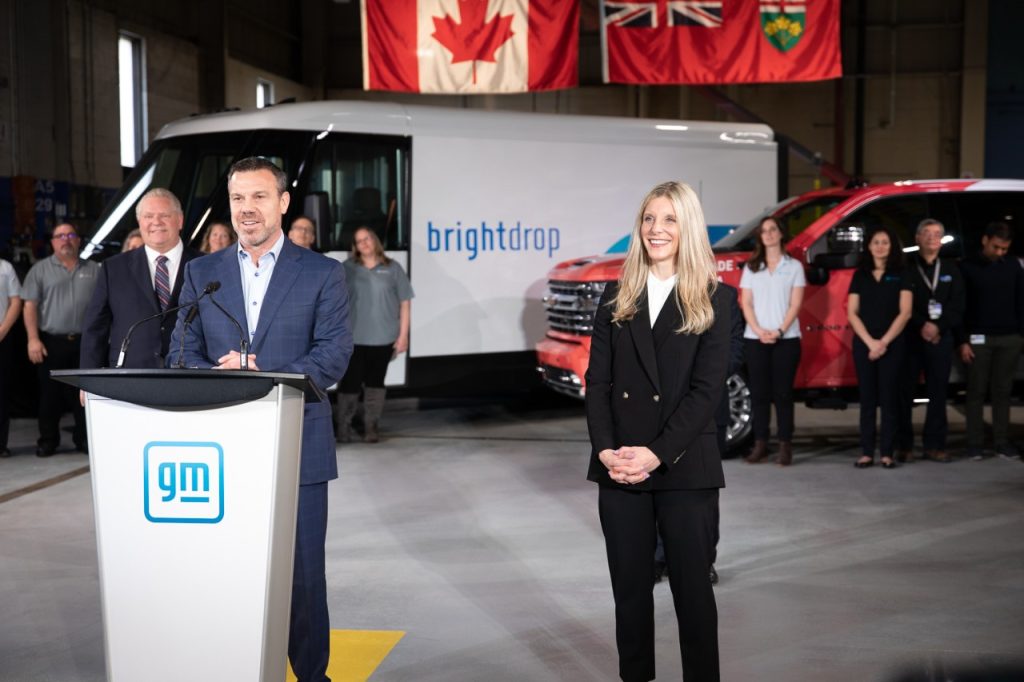 GM Canada announced an investment of $2 billion in its Ingersoll and Oshawa Assembly plants in Ontario. The company will begin production at Canada’s first full-scale electric-vehicle manufacturing plant in Ingersoll, Ontario later this year. It is also adding light-duty pickup production and a third shift at the Oshawa Assembly facility.

The company will retool CAMI Assembly in Ingersoll this spring and summer and begin production of BrightDrop’s electric delivery vans in December 2022.

Adding the third shift will help create more than 2,600 new jobs in the Oshawa plant since it reopened. Fifty percent of new production hires at the Oshawa plant are women, reflecting GM’s focus on diversity in the workplace.

GM also announced it will sign onto the Canada Diversity Challenge and the Canada Net Zero Challenge.

“Working with our government partners we have reopened GM’s Oshawa plant, creating thousands of new jobs and recruiting a record number of women in production roles,” said Marissa West, GM Canada president and managing director. “Later this year, our CAMI plant in Ingersoll will begin Canada’s first full-scale electric vehicle manufacturing with BrightDrop. This partnership with the Governments of Ontario and Canada is helping GM build a more diverse, innovative and sustainable industry and EV supply chain for the future – and we are proud to be doing that right here in Canada.”