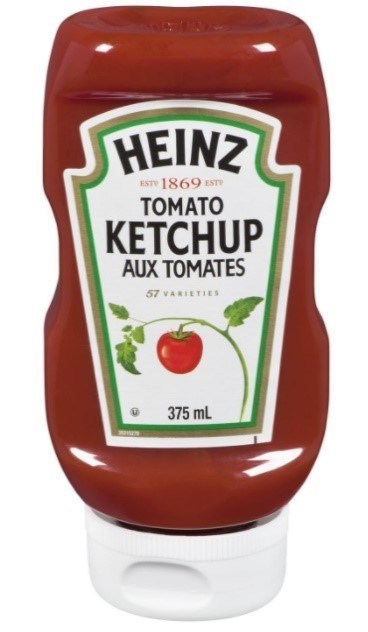 Heinz Ketchup is coming back to Canada, six years after production of the iconic condiment moved to the United States and the great Canadian “ketchup war” was set in motion.

Kraft Heinz said Tuesday it will begin making its famous ketchup at its Montreal factory next summer.

The decision follows a joint investment between its Canadian subsidiary and the Quebec government, which will see $17 million invested in the company’s Mont Royal facility.

The project, which includes a $2 million forgivable loan from the province through its business expansion program, is expected to create 30 new jobs and help maintain about 750 existing positions at the plant.

Yet the announcement could be seen as the latest salvo in the so-called ketchup wars.

The conflict, perhaps heretofore considered relegated to the annals of retail history, broke out shortly after Heinz sold its Leamington, Ont., plant to Highbury Canco Corp. in 2014 and moved production to Fremont, Ohio.

Rival ketchup maker French’s Food Co. began purchasing tomatoes from Highbury Canco and promoted its use of Canadian-grown ingredients, tugging at the hearts of patriotic consumers and food security advocates.

When Loblaw Companies Ltd. said in 2016 it was pulling French’s from its store shelves, the community of Leamington shot back with one of the greatest public relations weapons of all time – a social media post.

“Loblaw decided to delist French’s ketchup to support Kraft Heinz and their own brand of President Choice’s ketchup,” said Sylvain Charlebois, a professor of food distribution and policy at Dalhousie University.

“Within an hour or two there was a huge social media campaign to support Leamington. It was very successful because Loblaw changed its mind and relisted French’s.”

French’s ketchup soared in popularity in part after the Facebook post lauded French’s for its commitment to buy tomatoes from Canadian farmers while its competitor, Heinz, closed its Leamington plant, costing hundreds of jobs.

“The legacy of the ketchup wars is that really the entire ketchup section of the grocery store is now much more Canadianized,” Charlebois said.

“Most brands are now manufactured in Canada with the maple leaf on it, including French’s.”

“We sold that facility to Highbury Canco and the next day we became – and still are – their largest customer,” he said in an interview.

“We signed a five-year agreement with them last year worth more than $1 billion at retail, so we still use Leamington tomatoes.”

Yet the ketchup set to be made in Montreal will use American-grown tomatoes – for now.

“It’s because of our existing contracts in the United States, and the way the growing season works and how farmers plant,” Maharaj said, noting it will be at least two years before the company could use Canadian tomatoes.

The new ketchup line is expected to produce more than 45 million kilograms of Heinz Ketchup for Canadian consumers in the first two years as production ramps up.

Starting in late summer 2021, most of the Heinz Ketchup on store shelves in Canada will be made here, with the exception of some specialty varieties, Maharaj said.

Currently, about three out of every four bottles of ketchup sold in Canada are made by Kraft Heinz, he said.

“They did lose some percentages to French’s as a result of the ketchup wars, but they are still No. 1 in the marketplace by far.”

Meanwhile, a spokeswoman for McCormick & Co., Inc., the parent company of French’s ketchup, said the condiment has been made with 100 per cent Canadian tomatoes from the Leamington area since launching in 2015.

“We also blend and bottle right here in Ontario,” Laurie Harrsen said in an email. “A key reason for French’s sustained success over the last five years is its incredibly loyal fan base.”

She added: “The way people have advocated for French’s Ketchup over the past years has been amazing.”