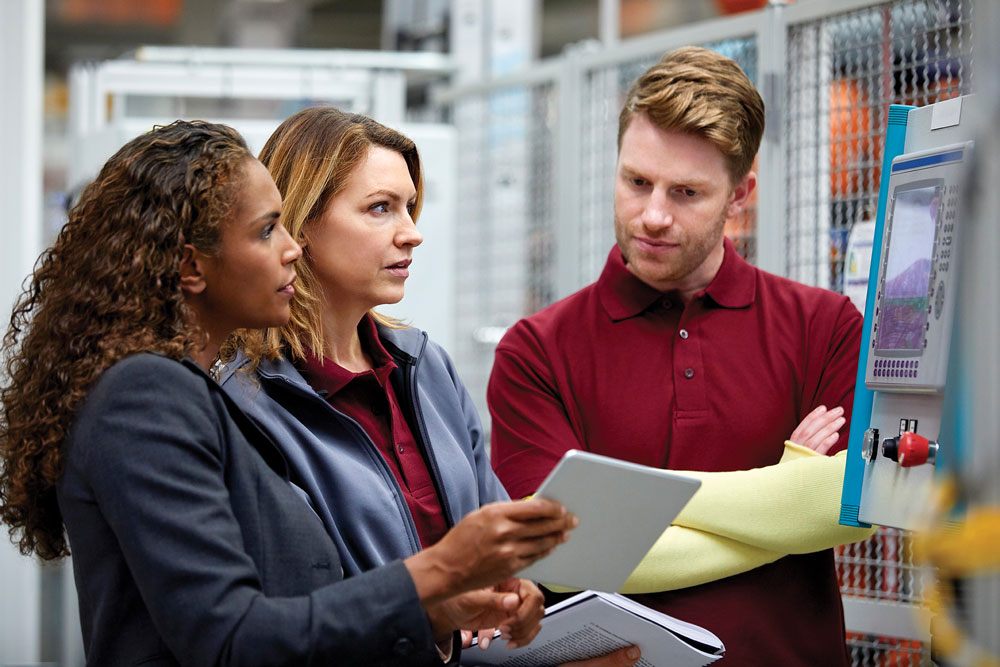 Just in case you don’t know the term, “hitting the trifecta” is the expression used to describe the ultimate winning bet on a horse race. It means picking the top three finishers of the race, in the correct order. Since the odds against doing so are extremely low, the winning payouts are often extremely high. If you picked the right horses in the right order, a two-dollar bet could return a four-digit payout.

Wouldn’t it be great to know which three horses to bet on, and in which order?

In many manufacturing companies in North America today, there are many competing ideas and priorities being considered by companies seeking to win the improvement race. What is the most important improvement to make first? What investment will yield the biggest return? Which improvements will hit it out of the park, and which ones will result in minimal, if any, gain?

It’s a simple three-step process, and picking the order is just as important as picking the horses.

So, are you interested in knowing how you can hit the manufacturing trifecta?

Step 1: Establish an empirical baseline to truly understand the critical “value-adding” activities on your plant floor.

This is done simply by connecting your machines to a data collection system. With the advent of Industrial Internet of Things (IIoT) technologies, it is remarkably inexpensive and can be done in typically less than an hour without modifying the machine or your current infrastructure – even on old machines. Within 30 days of placing this small bet, you will not only have established an empirical baseline of your plant, you will have given real-time visibility to the plant that puts everyone on the same page, aiming for the same thing you are: productivity and profit improvement.

Step 2: Engage your people in the process of improvement by using available off-the-shelf tablets and engagement software.

You will now be collecting all the information you need to determine all the reasons your equipment and processes aren’t running as effectively as they should be. And more importantly than that, you will have made your people a part of the solution and improvement process, every hour of every day. They will be engaged.

Properly constructed and presented, this kind of software will be embraced by workers when they conclude that management is not monitoring them, but rather listening to them. This is a powerful game changer for many companies, especially those companies where people are their biggest input cost. Those same people can also be their biggest advantage and asset.

Step 3: Connect your live, empirical machine data, and your fully engaged people, to your schedule and workflow plan dynamically, in real time.

Most plants use a combination of accounting systems, whiteboards, even Excel spreadsheets, to plan and then report on the performance of their productivity. Some may have an enterprise resource planning (ERP) system deployed and some may even be considering a manufacturing execution system (MES) system. The problem with most ERP or MES system deployments is that they represent a single, very large bet that will take a very long time to pay out, if it pays out at all.

The best approach, in my opinion, is to use the knowledge, insight, and early financial payback from the first two stages, and then tie them together using visualization tools that line up with your plant’s current effective processes. Placing a bad bet on a system that takes years to fully implement, and that requires your manufacturing processes to be modified for the system to work, is not just a bad bet – it’s often a losing bet.

If you are still reading, you are probably wondering how long it should take to hit this trifecta. The first step should only take 30 days and should result in a payback 30 days later. The second step should also only take 30 days, and it too should result in a payback in 30 days. The third step should take about 120 days, but it can take as long as you like for payback – because at that point, you will already have great empirical data, engaged and motivated people, and your system can be built to match your improved, and continually improving, manufacturing processes.

If you had the knowledge of which horses to bet on, and which order to bet on them on, would you? Our suggestion: bet on achieving empirical data first, engaging your people second, and digitizing your plan third.

This article originally appeared in the October 2019 issue of Manufacturing AUTOMATION.