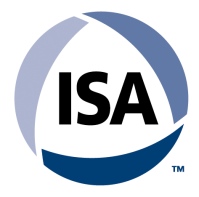 The approval, by 81 percent of the voting members of the Standards Committee on Wireless Systems for Automation, follows two rounds of balloting and refinements to the document to reflect the suggestions received from many interested parties, the ISA said.

“We have passed a major milestone with the Committee vote approving the ISA100.11a draft standard,” said ISA100 co-chair Pat Schweitzer of ExxonMobil Research and Engineering Co., Fairfax, Va. “Once the remaining steps in the process are complete, end-users around the world will have an accredited ANSI/ISA wireless standard which has been developed in an open forum that is the hallmark of ISA standards development.”

With over 600 members from around the world, ISA100 brings together wireless experts representing diverse industrial and technical interests in an open forum. The committee was established by ISA to address wireless manufacturing and control systems in areas including: