Features Software
It’s all about apps: Trends in the use of manufacturing apps 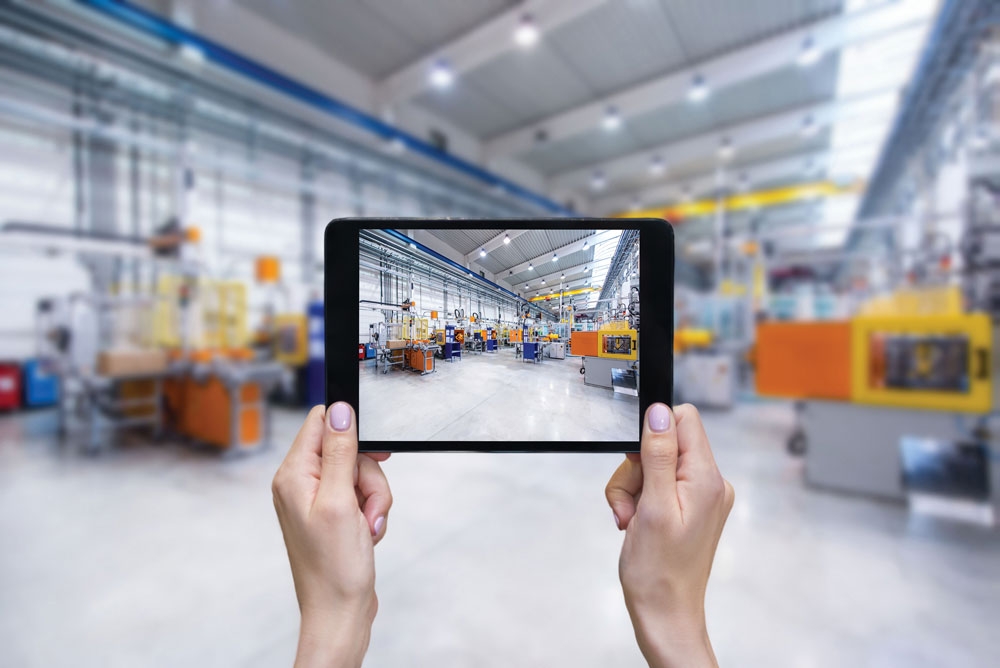 October 5, 2018 – Apps have been around for years in the manufacturing sector and their use is only going to expand, due to the way they add so much intelligence and value in the quest to better manage assets and processes.

“Apps were critical in the past, they are critical now and they will be even more critical going forward,” says Craig Resnick, vice president of consulting at ARC Advisory Group. “It’s all about increasing productivity and profitability, as well as eliminating unscheduled downtime through gathering and sharing information effectively.”

A straightforward example of how an app adds value, says Resnick, would be a sensor detecting if a motor is running too hot or vibrating uncharacteristically. “This sensor data is then sent to the cloud or a local ‘edge’ device, which contains analytics software to convert this data to meaningful information,” he explains. “This information is then used to, for example, schedule a service call and a replacement motor to be shipped to synchronize with this service, which helps to avoid an unplanned downtime.”

This app example demonstrates the effectiveness of the Industrial Internet of Things (IIoT) – the ability to connect manufacturing by embedding sensors into assets and gathering immediate data, then sending a signal to the people who can check the process or service the asset. (In Resnick’s view, edge devices – data repositories physically situated close to where the data was generated – are used with apps where data is gathered in real-time; the cloud is mostly used for storage of data after a detected situation is dealt with.)

Some interesting real-life industry app examples are described in a recent report called “Five Manufacturing Companies with Mobile Apps that Got it Right,” from Atlanta-based app developer Stable Kernel. The Womble Company built an app that serves the firm itself, and its suppliers and customers, by integrating a barcode scanner that tracks every piece of pipe the firm produces. Through the app, Womble has seen significant improvements in customer relations and productivity, 100 per cent inventory traceability and more. Another example in the report is Caterpillar Underground Mining, which built an app that tracks all equipment (locations, part numbers, lot numbers), warehouse inventory and more; it has reduced regular cycle count by 50 per cent.

Resnick cautions, however, that while in-house apps being made by some manufacturers can certainly be effective, all software is going to require updating and even overhaul. Therefore, there must be contingencies in place if, for example, the app designer leaves the company. That’s one of the reasons Resnick believes most manufacturers are using out-of-box app solutions. They are both proven and cost effective (with training included, often through YouTube).

However, Alexandra Tregre, business development manager at Stable Kernel, is of the opinion that out-of-the-box apps often do not properly address the unique challenges most enterprises face, nor are they always built for scalability or efficiency. “Even out-of-the-box solutions need to be modified to address the specific use case to solve business challenges and improve workflows,” she notes. She adds that “every company that wants to deploy mobile software must make the decision to either pay less for a cheaper, hybrid development solution and risk a poorly built, insufficient product that produces technical debt, or to invest in the product up front and mitigate risk.”

Quebec-based Poka is an example of an app maker that has produced many customized solutions, helping manufacturers to drive performance and productivity with real-time information. For the Leclerc Group, a North American snack manufacturer with over 950 people employed across many facilities, Poka has reduced variation in production across eight plants. As a result of these improvements, Leclerc saw a reduction in downtime by 9.5 per cent, and start-up and changeover time accelerated by 31 per cent.

WestRock, a $14-billion paper and packaging company, issued iPads with Poka apps in 2016 to help deliver video-based training and work instructions to their workers across their global operations. The result is better comprehension and retention of information as well as a 50 per cent reduction in the time it takes to capture and document procedures.

In terms of how manufacturing apps are generally being sold, Resnick notes that a lot of them are now being marketed as a service, moving away from a model of paying once as a capital expense. “You pay a monthly fee that comes out of the operational side of budget, and updates are automatic,” he says. “For the app firm, it helps secure the customer long-term.”

Going forward, both Resnick and Raman Chitkara – who recently retired as global technology industry leader at multinational professional services firm PwC (PricewaterhouseCoopers) – predict the increasing use of artificial intelligence (AI) in app development – software programs that can make decisions based on huge amounts of historical data. Chitkara predicts that AI will be able to coordinate and integrate apps, directing them to work with each other to find proactive rather than reactive ways to produce desired outcomes. For her part, Tregre also believes that combining AI/machine learning and leveraging the Internet of Things provides limitless opportunities for apps in manufacturing. As manufacturers continue down the path of using high-tech to maintain a competitive advantage, she sees “huge” opportunity for developing innovative high-tech solutions that meet the needs of workforces wherever they are, “and mobile apps are at the crux of that.”

Looking ahead, Resnick lists another hot app trend to be digital twinning (when an asset is delivered to a plant, a digital simulation of the asset comes with it). “With a turbine, for example, you can run the turbine’s digital twin first and determine with the simulation if there are problems that can be solved before the actual turbine is commissioned,” he explains. “Such as additional heat or vibrations being generated above the design specification based on abnormal bearing wear, which could lead to unplanned downtime.” Two other major trends, says Resnick, are augmented reality (being able to see what’s in front of you but also wearing a device that provides additional information in your visual field) and virtual reality (an entirely virtual visual field) to do things like practice training scenarios.

Tregre agrees. “The continued application of VR, AR, touchless tech and so on all have great potential to be leveraged within manufacturing apps to further advance the value of mobile products by solving critical problems and challenges of the future,” she notes. “These technologies allow companies to further automate complex processes via apps while also responding real-time to the critical data that is gathered.”

However, while Chitkara acknowledges that further digitization and automation of the industrial world will be very transformational with numerous benefits, he stresses that it must also be prepared for challenges. Increasing digitization, he warns, will give industrial firms a “full taste” of what it means to be technology companies – which means navigating how to manage strong dependence on software, cloud computing and so on. He firmly believes that digitization in the industrial arena is not going to be as easy and rapid as it has been in the consumer sphere.

Tregre adds a cautionary note on app development and use. “We see large enterprises neglecting a research phase at the beginning of a project,” she says, and without that solid research, “the app will be built on assumptions and fail to deliver the intended results or provide any value.”

And one last thought – also cautionary but empowering, too. Among others, Stable Kernel believes that the increasing use of apps will be critical to attracting young talent in the manufacturing sector – so much so that the company wrote a white paper on the topic.

Want to know about some of the top mobile apps for manufacturing? Check out our list.

This article originally appeared in the October 2018 issue of Manufacturing AUTOMATION.