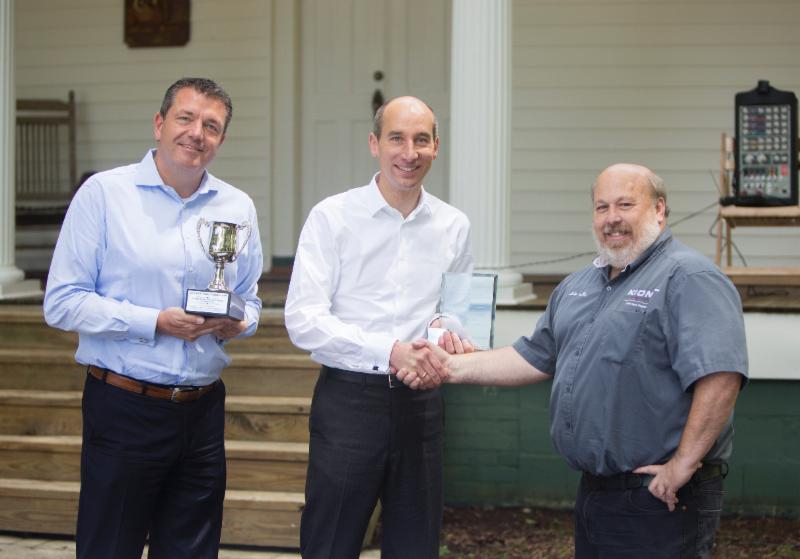 Jul. 14, 2015 – Kion North America Corp. won first place in the Kion Group’s 2014 cross-brand, interregional safety competition. According to the manufacturer of industrial trucks, this is the first corporate competition of its kind, as more than 40 groups from around the world took part.

The purpose of the Kion Group Safety Championship was to raise awareness, improve the management and employee safety culture and to reduce the unacceptably high accident rates, explained the company. The criteria each site was judged on included: lost time injury frequency rate; lost time injury (accident involving an employee with an absence from work for more than eight hours or one working day); health rate and site specific Health, Safety and Environment (HSE) measures/initiatives.

“Safety at work is a top priority for all employees at Kion North America and part of our corporate culture,” said Daniel Schlegel, vice-president of operations. “I’m really excited and proud that the team in Summerville (South Carolina) has been recognized by the Kion Group as being the safest operation of 2014. We will celebrate this accomplishment, reflect and strive to make further improvements going forward.”

Kion executive board member Thomas Toepfer visited the Summerville plant to personally deliver the prize during a celebratory luncheon in recognition of the hard work of Kion North America’s roughly 140 employees.

The 2015 Kion Safety Championship is already well underway. This year, the champion will be chosen based on the degree to which safety has improved since the previous year.
Print this page