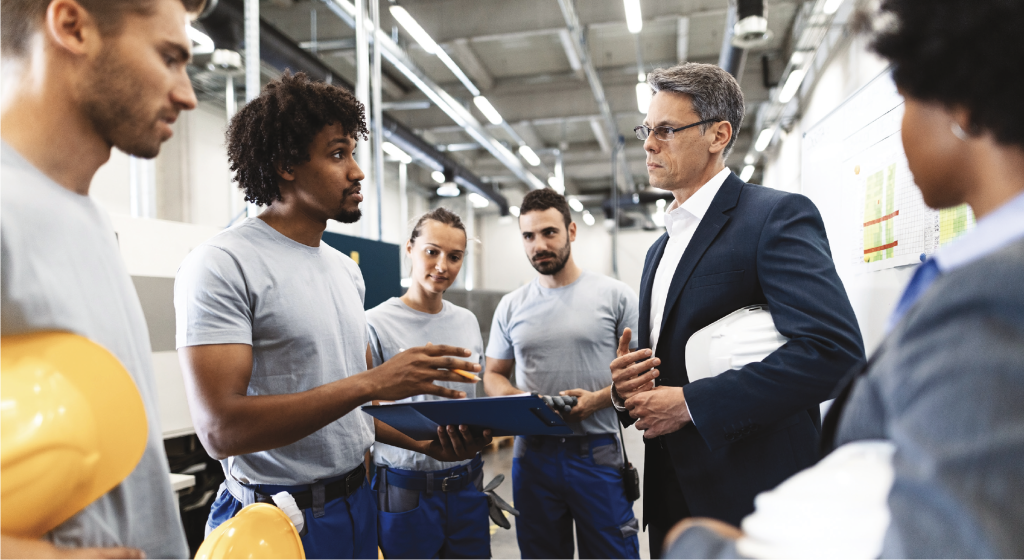 I’m continuing the series on sharing the top 10 tips I’ve learned from manufacturing companies I had the privilege of working with. These companies are clearly succeeding and thriving, not just surviving. Sometimes, they seem like simple common-sense things to do, but often they are counterintuitive.

In the first column, the two tips were: 1) “Don’t make a big production of it”, and 2) “Your people are the smartest people in the room”. The two tips in the previous column were 3) “What gets measured gets improved” and 4) “You can get a lot more done when you don’t care who gets the credit.” They all seem relatively straightforward, but there’s more to it than just an easy-to-remember slogan.

A common and expensive mistake many companies make is that they tamper with proven plant floor processes in order to digitize them to achieve their stated Industry 4.0 goals. The mistaken belief is that it’s okay to change an effective plant floor process to accommodate a new digitized system, and the new process with a digitized system will be inherently better than the current process with an older manual system. This is a mistake on two counts. The first is that you may have reduced the effectiveness of a fairly effective production process, and you make money on the production process, not on the administration process. The second is that you will likely have made gaining buy-in on the implementation of any new digital system even harder to achieve by starting out on the wrong foot. There’s a natural tendency to leave working processes alone and tackle problem areas first. However, in this case, it’s better to eliminate one major project variable by digitizing a process that you know already works. You are not trying to do two complicated things at the same time by introducing a paradigm-shifting technology and trying to fix a broken process. Fixing a broken process is a major task and objective by itself, as is digitizing a working process. For your whole Industry 4.0 plant floor digitization plan to have the best success, you need an early win. Digitizing a manufacturing administration process that you already know works well (checklists, scheduling, buy-off forms, etc.) can get you that early win. Taking on a broken process and trying to fix it with technology could stall your digitization initiative or send it in the wrong direction.

Tip #6: “Know your internal customer, and what’s in it for them.”

The larger an organization is, the more layers there are, and the more important this tip becomes. Advancing an idea or trying to get something critical done often means moving the conversation up the ladder one rung at a time. Or, it may mean delegating it down, but again, one rung at a time. Each rung on the ladder has a different stakeholder with a different agenda. A few years ago, my company’s marketing department developed a “persona chart” to help our sales team be more successful by aligning their pitch and terminology with the audience they were addressing. Seeing it all laid out on a single chart revealed how complex manufacturing organizations really are, and how important it is to understand “what’s in it” for everyone on the other ladder rungs.

On the far left of the persona chart are the machine operators and “value-adding, hands-on” people in your organization. On the far right is the C-suite, with the CEO on the very far right. In between, you have supervisors, department managers, plant managers, CI, maintenance and other functional managers, and perhaps division managers. The two main things that change as you go from left to right are the metric of concern and the period of interest. On the left, the metric of interest is parts, cycles, and rate, and the period is this hour, this shift, this day. On the far right, the metric is financial and the time view is this quarter, this year, this stage. On the left, the interest is personal financial security and stability. On the right, it’s profitability, sustainability and growth. On the rungs in between, it’s somewhere in the middle. Knowing how to advance your cause up the ladder, or delegate an objective down the ladder, requires a good understanding of what constitutes success for all the folks you are working with. The better you understand their position and what’s in it for them, the better your chance of achieving collective success.

Feel free to send me a note at Hogendoorn.paul@gmail.com if you have tips to share. We are in this together!

This article originally appeared in the November/December 2021 issue of Manufacturing AUTOMATION.