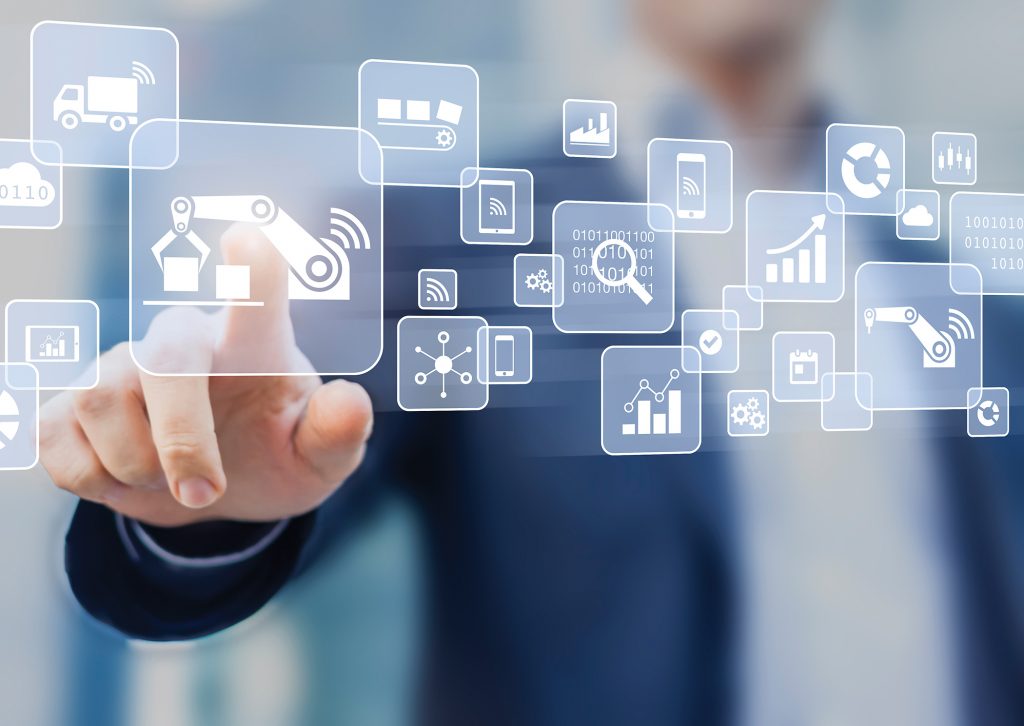 This year, the world has seen unprecedented interruption for most industries. Trillions of dollars in value have been wiped out. Businesses have needed to shift operations to suit present-day needs. Huge segments of the workforce went remote, and many companies have needed to adopt digital strategies quicker than they ever thought possible.

While adapting to these changes, it has become clear that the world of business will never be the same. While many are trying to learn from the past, decision makers have also had a number of revelations around how operations should change for the better.

Here are a few ways that manufacturers and distributors may transform in the not-to-distant future.

1. Remote work is here to stay

Traditional business models have mostly been defined by the gathering of the white-collar workforce within a centralized, communal office. These central work “hubs” have led to the rise of urbanization. It came as no surprise that highly urbanized towns and cities were the hardest hit by the pandemic and became the epicenters of the disease.

As an immediate response, workforces were ordered to work from home and people soon realized that the remote workforce could remain just as effective and possibly even more productive than ever before.

Studies have echoed this sentiment. According to a survey by The Centre for Economics and Business Research (Cebr), remote working can unlock innovation, engage customers, and even enable workers to use time more productively with the right tools and technology at hand.

After seeing the positive impact of a remote workforce, in May, Facebook joined Twitter in announcing that employees could work from home forever. Now, many businesses will be adopting remote working as a long-term approach. In fact, according to a recent study by Cisco AppDynamics, 86 per cent of respondents believe there will be continued use of remote working tools and tech.

With the ability for workforces to work anytime and from anywhere, the world may soon see the shift away from centralization. Companies will effectively operate from multiple locations and traditional urban planning will be significantly altered.

2. Consumers will make need-based decisions and not desire-based

History tends to repeat itself. While no one can accurately predict the long-term impact of the pandemic, some are looking to the past and major world crises such as the Great Depression and World War II, to understand what may await us.

The Great Depression resulted in an unemployment rate of 30 per cent and one in five Canadians depended on government relief for survival. As a result, the country experienced its largest decline in consumer spending.

World War II also had an effect on consumer habits. Throughout these developments, the worlds of retail, manufacturing and even distribution had to reactively adapt to suit the needs of the end consumer. The T-bone steak was replaced by the meagre tin of Spam, and consumers felt a sense of deprivation.

Today’s pandemic may also result in the rationalization of choice where consumers will make purchase decisions based on a need-basis and not a desire basis. For now, manufacturers may need to move away from customized services and offer far less choice to achieve the higher production volumes to optimize costs.

Of course, in later years following from World War II, the world then saw the rise of hyper consumerism and eventually the escalation of customization. In the current environment, we are seeing a similar pattern with businesses fighting for survival. Customization will return in due course.

3. The rise of the automation age is inevitable

As a large portion of the world’s population entered lockdown, many manufacturers had no other choice but to down tools. This highlighted the importance for increased automation and the need for less reliance on human interaction and material handling.

The rise of the age of automation is inevitable but sustaining industry jobs is still a factor of consideration, with manual jobs making up half of the manufacturing workforce.

According to the World Economic Forum, despite the large number of jobs being at risk through automation, job losses may not be as severe as first thought by manufacturers. The key to balance lies in upskilling the workforce in preparation for the future.

In order to thrive, industry needs to jointly tackle the digital transformation challenge to reap the benefits of rapid innovation, shorter time to market and business continuity.

The good news is that you can use ERP to support your overall digital strategy. The key is to ensure that it is future-fit; that it has the capacity to act as the heart of your organization; and that it can provide you with the critical information you will need during the transformation process.

Over the last few months, the supply chain has experienced a number of short-term challenges. For instance, there has been the increase of import/export restrictions as well as the closing of distribution channels such as ports. This has particularly impacted global suppliers such as China.

As a result, the linear supply chain is changing to an expanded network of stakeholders. Manufacturers are actively seeking ways to diversify their supply chains and reduce their dependency on any single country or supplier.

A trend that may arise is reshoring, or the “bringing home” of offshore manufacturing. It may create a stronger localized supply chain but will most likely increase manufacturing costs, and ultimately create higher prices for consumers, but it brings with it a number of material benefits.

By re-establishing local manufacturers and bringing these smaller local businesses into your supply chain, you will be helping to bring much needed financial relief to your regional and national economy, increase tax revenues and boost the job market.

Here, technology such as ERP is playing a key role in creating visibility of local suppliers and the applications of different procurement practices and policies.

Manufacturers have traditionally been asset intensive for the likelihood of return. However, during the pandemic we saw the rise of additive manufacturing.

Across the world, hundreds of 3D printer manufacturers rose to the occasion by printing much needed ventilators, personal protection equipment and masks. Moving forward, many manufacturers may adopt additive manufacturing or on-demand manufacturing as a whole new way of operating.

Technology such as ERP can support manufacturers to make these pivots by providing the systems and platforms that resolve the biggest areas of impact; remote workforce enablement, implementation and automation of business systems to handle procurement and sourcing policy changes, distribution and lead time planning; and analytics to provide data real-time to support improved decision-making.

While there has been downtime, manufacturers have the opportunity now to make a change to improve operational efficiency and thrive now and into the future.

Related
Managing supply chain disruption through a combination of technology and ingenuity
What manufacturers can do now to maintain continuity in the new normal
How will COVID-19 impact the manufacturing automation market?
Preparing for the upturn with digital transformation
Tags