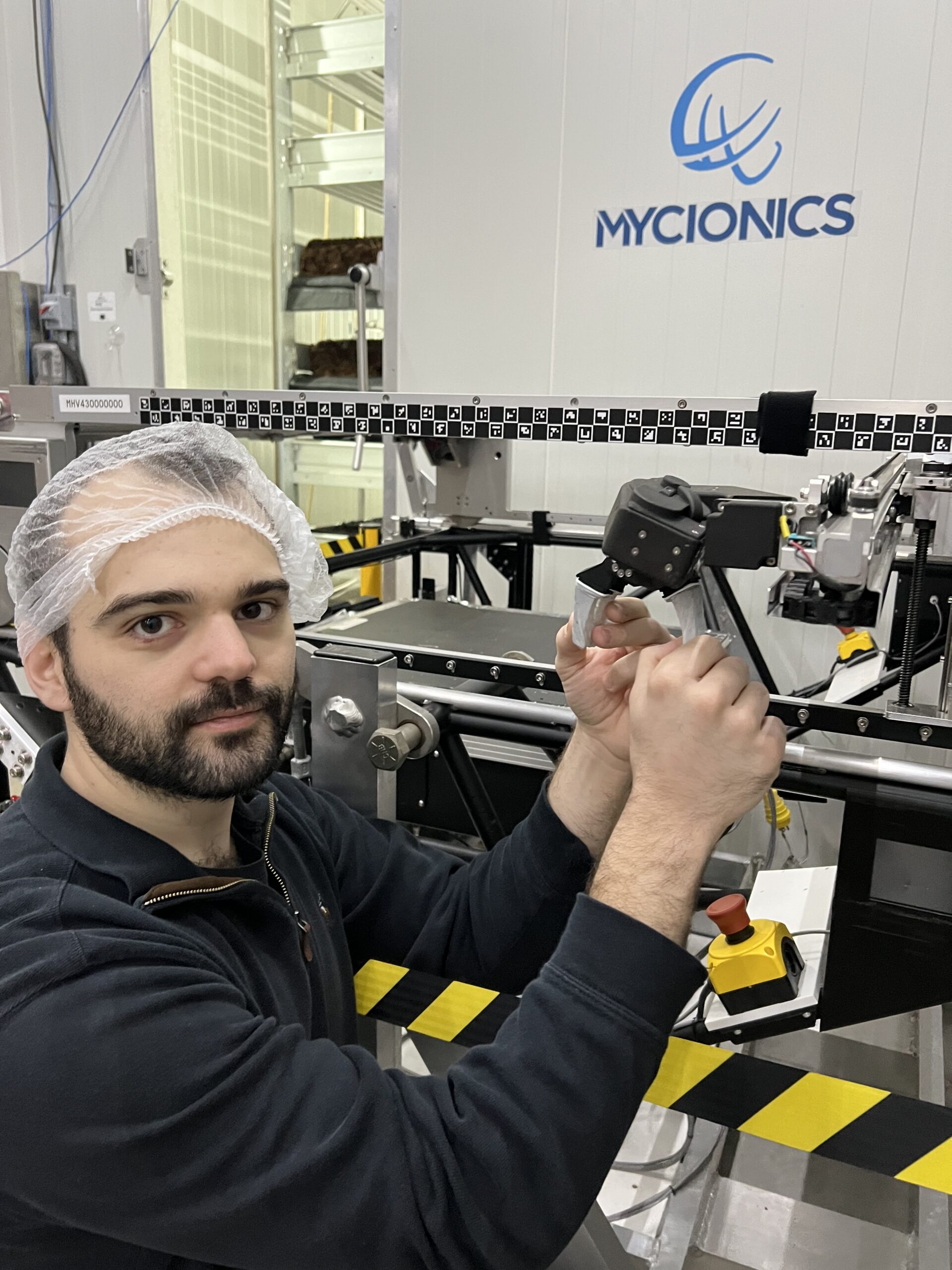 The future of the manufacturing and automation technology sector looks bright.

Armed with a strong work ethic, initiative, curiosity and a commitment to innovation, the winners of our inaugural Top 10 Under 40 program are setting the bar for young professionals across the industry.

Whether they work in leadership, operations, maintenance, sales, support or research, these industry professionals are highly regarded by their colleagues, clients and peers.

To highlight the achievements of each individual selected for the Top 10 Under 40 list, Manufacturing AUTOMATION will feature one of 2022’s winners every week for the next 10 weeks. Nominations for the 2023 contest open at the end of the year.

This week, we introduce Stefan Glibetic, lead engineer and CTO at Mycionics in Putnam, Ont.

As an undergraduate mechatronics student at the University of Western Ontario in 2014, Stefan Glibetic became aware of the lack of manual labour in the global mushroom industry. He was captivated by the idea of combining the principles of automation with machine vision, artificial intelligence, and novel embedded systems, to create a new set of autonomous robots that are capable of effectively operating in these environments. He joined forces with a local mushroom farmer, wrote his Master’s thesis on the topic, and moved the development of the technology to Mycionics, as a co-owner, CTO and lead engineer.

“Ever since I was young, I was completely preoccupied with trying to figure out the inner workings of various machines that were all around me. I would grab some tools from my father’s toolbox and take them apart in order to get a better understanding of their underlying mechanisms. Although that usually didn’t end up so well for the machine, or myself for that matter, I did gain a little glimpse into the world of automation each time. It was just mind-boggling that one could take various smaller components, each with a simpler purpose of its own, and assemble them together to end up with a system that can perform a complex action as a whole. As I grew older, this passion directly led me to the field of engineering that taught me the principles of automation, which then led me to the industry which taught me how to apply this knowledge and actually create the automated systems that once mesmerized me as a child,” shares Glibetic.