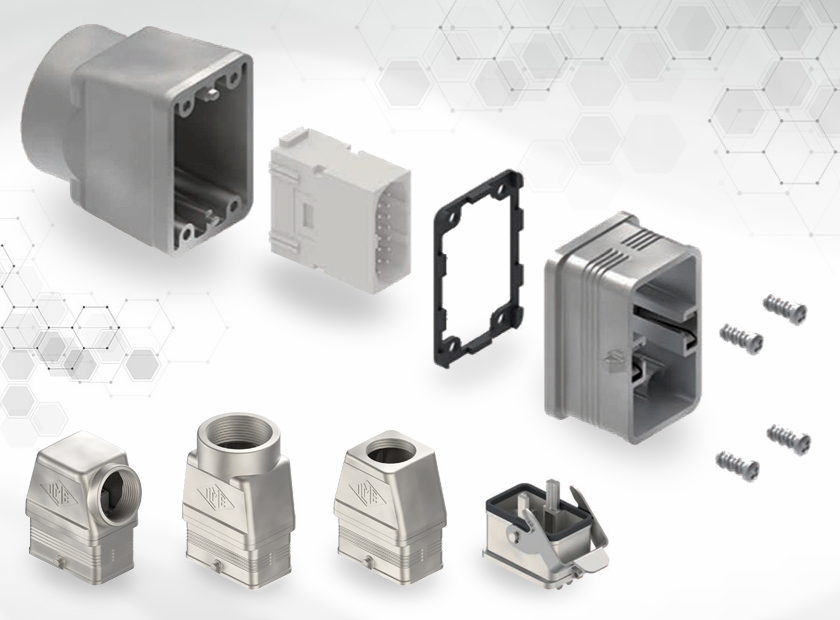 Mencom has introduced the MIXO ONE series of aluminum housings systems, designed to accept a wide range of single-sized MIXO series modules.

These rectangular connector enclosures are available in three hood variants and one bulkhead mounting base.

The numerous combinations of the MIXO ONE housings and single-sized MIXO inserts will allow each module to be converted into a fully independent connector for electrical power, data transmission, optical signals or compressed air applications.

MIXO ONE series is designed to install the single-sized modules in one guided way only so that an incorrect match with the mating connector can be avoided.

The pins protruding from the bulkhead mounting housing play as a key guide in cooperation with the corresponding keyway sockets in the hoods to avoid incorrect 180-degree reversed mating with a matching connector.

Hoods are split into two parts (front, rear) to mount a single-sized MIXO module and simplify the enclosure’s PE connection.

Four self-threading screws and self-retaining sealing gaskets are supplied for the hoods.

Bulkhead mounting base featuring a rigid stainless-steel locking lever is supplied with the module locking frame and self-retaining flange gasket.

Shock-proof and self-extinguishing thermoplastic (UL94V-2) protection covers are available for hoods and base suitable for outdoor environments.