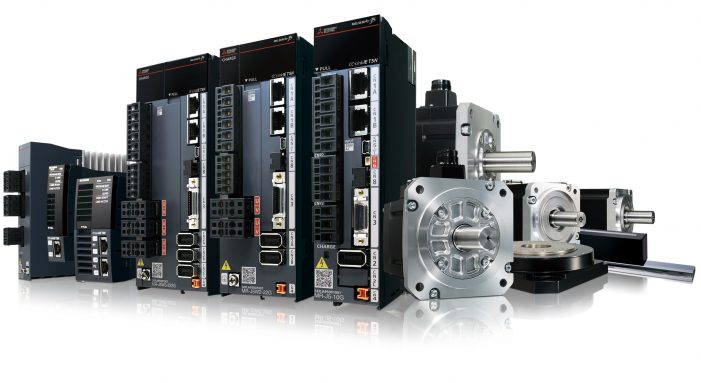 The MELSERVO-J5 series can be used in a wide range of industries, including manufacturing, packaging, printing, converting, material handling and more.

MELSERVO-J5 is a result of continuous innovation and improvement upon the MELSERVO series of products that Mitsubishi Electric has produced since 1988.

New to the MELSERVO-J5 series is the “quick tuning” function that allows users to quickly and reliably tune their servo mechanism in approximately 0.3 seconds.

The servo amplifier sets the speed loop gain and suppresses machine resonance through the servo on command.

In addition, MELSERVO-J5, like previous MELSERVO products, was designed with long-term migration paths in mind, making retrofits and upgrades, both now and in the future, easier.