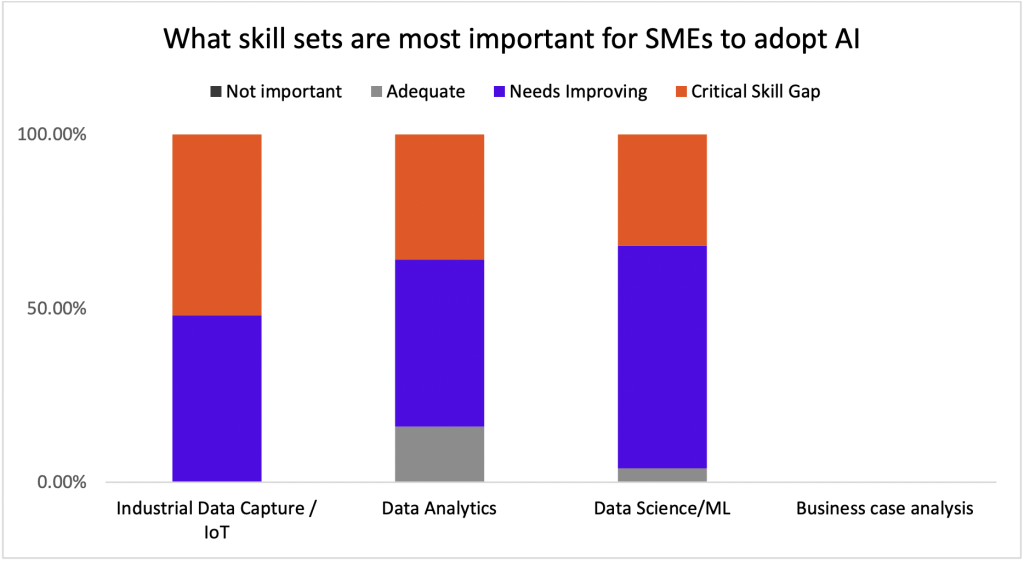 NGen has published its latest tech report, titled “Canada’s Artificial Intelligence Landscape.” This is the report in a series that the organization has been publishing to assist its members in adopting, developing and implementing advanced manufacturing technologies.

Artificial intelligence (AI) technologies such as machine learning, natural language processing and computer vision are becoming critical building blocks for advanced manufacturing. NGen aimed at helping its more than 4,200 members better understand how these technologies could be used to grow and flourish their businesses. The organization, therefore, surveyed 30 of its members who are experts in the field of AI. It then followed up with in-depth one-on-one conversations to explore ideas for potential new initiatives and collaborations involving this promising new technology.

NGen’s tech report documents the results of this undertaking.

“AI fundamentally enables new digital services like proactive maintenance – “we’ll call you” before your equipment breaks down, because we have detected abnormal behaviour by continuously monitoring data from your plant. The business value for this is very high, especially in a country as large and remote as Canada. Fundamentally artificial intelligence requires data to run – it is the fuel for the software engine. Without the right fuel the engine will run poorly, or not at all. But with the right data artificial intelligence can control processes with more precision, representing billions of dollars of improvement to the bottom line in industries like chemical, oil and gas, and power distribution.

The survey asked respondents for open-ended opinions on Canada’s structural advantages and disadvantages. Overwhelmingly the biggest advantage Canada has in AI is academic/research talent, with over two-thirds of respondents citing this as a strength. The conservative/slow pace of investment by Canadian businesses was cited as a weakness by a third of respondents. Also, the small size of Canadian suppliers in the AI ecosystem was often regarded suspiciously here (again reflecting a conservative mindset), whereas in complete contrast the US approach was often to actively outsource innovation to small suppliers! The lack of understanding about AI, and practical applications linking academic research and industry was also often cited as a Canadian failing. Brain drain to the US in particular was also mentioned as a concern. When asked for actions to improve adoption of AI in Canada, the responses clustered around phrases such as increasing awareness, education and funding, although most responses lacked any detail.”