OTTO Motors has announced the appointments of Carolyn Garvey and Donald Leslie as co-presidents of the company. They will report directly to CEO Matthew Rendall. Garvey will head the manufacturing and operations teams while Leslie will lead the sales and service teams.

Garvey and Leslie both come from Ontario-based Prodomax Automation where they served as co-CEOs. They were responsible for the growth of Prodomax as one of North America’s major automation companies. Under their leadership, the company’s management team developed and executed a strategic plan that led to a six-fold increase in the company’s valuation in a span of three years.

“Carolyn and Don collectively bring almost forty years of automation and SI experience to OTTO Motors,” said Matthew Rendall, CEO of OTTO Motors. “In particular, their expertise in the automotive industry will be a tremendous asset as we continue to grow our install base and lead the AMR industry in the automotive sector.”

The pair brings with them expertise and experience in leading teams to engineer, build and install integrated automation systems for blue-chip automotive industry companies.

“I’m thrilled to be able to bring my expertise to bear in helping OTTO continue its successful trajectory. All of the proper ingredients are in place: amazing technology, strong leadership from the executive team and investors, a top-notch company culture, and a philosophy that puts the customer first,” said Carolyn Garvey, co-president, OTTO Motors 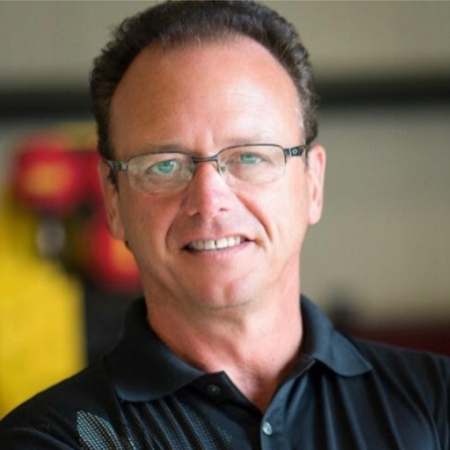 “If the past few years have taught us nothing else, it’s the need to strategically apply automation in order to keep the economy functional. Autonomous material handling is one of the most exciting and fastest-growing markets in the world so I’m very excited to join the OTTO Motors team to play a key role in helping the company to succeed,” said Donald Leslie, co-president, OTTO Motors