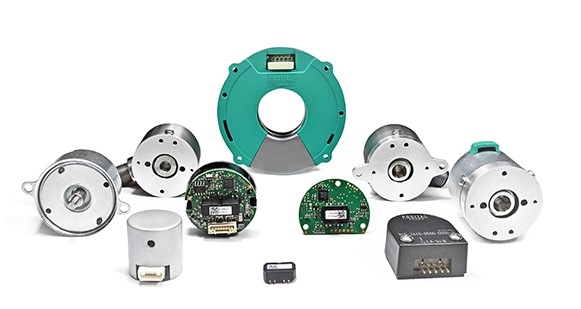 POSITAL recently announced that its kit encoders with BiSS C interfaces have received compliance certifications. Installed in motors or drives, the kit encoders provide the control system with position feedback to over single- or multi-turn operating ranges.

“We have been enthusiastic supporters of open source, non-proprietary communications standards like BiSS,” says Jorg Paulus, head of POSITAL’s European operations and a board member of the BiSS Association. “We are confident that by supporting the BiSS initiative and offering customers products that have been certified to comply with BiSS protocol standards, we will encourage further use of this versatile and cost-effective interface technology.”

The BiSS Association e.V. is a not-for-profit user group that promotes the development and use of the open source BiSS communications protocols suites. The association has a certification process in place for equipment that use this interface technology.

“BiSS protocols have gained significant acceptance in the world of machine-to-machine communications,” adds Paulus. “With this growing popularity, it is critically important that implementations of the technology by different manufacturers meet high standards for compatibility and interoperability. The certification process is intended to help manufacturers verify that their products meet these requirements, while assuring customers that the devices they buy will work together seamlessly.”

BiSS features several sets of communications protocols, including BiSS C for real-time operations and BiSS Line for single-cable implementations. These are designed to enable efficient communications between digital devices, such as servomotors and drives for industrial motion control systems. They are non-proprietary and based on an open source approach. The BiSS Association offers licenses free of charge to interested stakeholders. With the new certification process, manufacturers will have the flexibility to implement these protocols the way they want while adhering to high standards for interoperability. Both master units (controllers) and slave units (servomotors, sensors, actuators) in control systems will be covered by the certifications. Arteson, a  company specializing in systems integration and testing, is responsible for verification testing. Manufacturers whose equipment passes certification tests will receive certification documents and permission to use a special “BiSS Certified” logo.

The full selection of POSITAL’s Kit Encoders are available here.