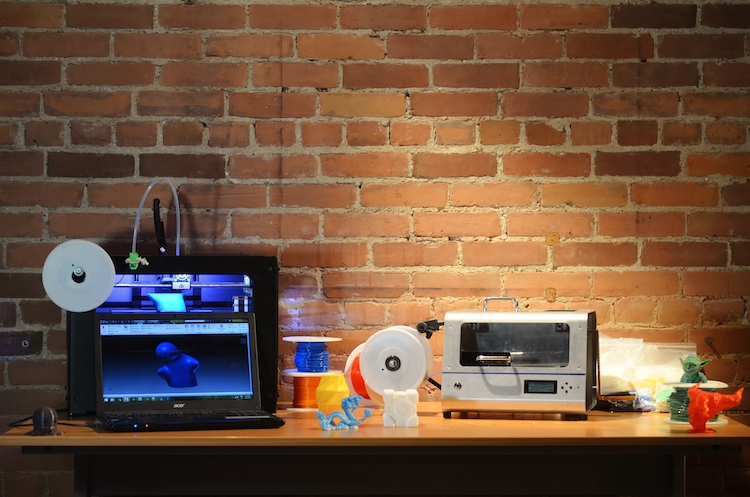 Oct. 15, 2015 – The Company: Founded in December 2013 by Alex Kay, David Joyce and Dennon Oosterman, ReDeTec is a designer and producer of sustainable design tools. The company strives to maintain sustainable 3D printing. “But this technology has so far remained unsustainable. Whether it be the cost of buying new feedstock, or the waste generated as you finalize your design to perfection, true creative freedom is being held back by the consumable nature of the industry,” say representatives of the Toronto, Ont.-based company.

The Challenge: In order to help design its first product, the ProtoCycler, ReDeTec turned to the Autodesk Cleantech Partner Program and software including Autodesk Fusion 360, Autodesk Inventor and Autodesk PLM 360. The product is an all-in-one filament recycler unit for 3D printers, and comes complete with a built-in grinder, distributed spooling and intelligent computer control. It also creates filament at up to 10 feet a minute in any colour.

The Strategy: “In this day and age, it’s almost unimaginable to start a business without adopting every useful technology you can,” says Oosterman. “We have 3D printers and CNC mills for design and prototyping and a range of software granted to us by the Autodesk Cleantech Partner Program to help in everything from product development to resource management.”

The Results: According to Oosterman, PLM 360 was “fantastic” for tracking the progress as a team and the development of the product. “It’s one of those tools that keeps showing use in more and more applications, and we’re trying to expand it across the whole company so we have a unified data management system that tracks everything from financials to order fulfillment.” Meanwhile, the Inventor program has been at the core of ReDeTec’s design work from a functional and practical point of view “for a while now,” he adds.

Once the company moved from design to development to product commercialization, it began to use more of Fusion 360. “The easy learning curve and collaborative nature allowed our industrial designer to work seamlessly with our hardware lead, which is something we hadn’t been able to manage on any other platform,” he notes. “This ultimately led us from a proof of concept to functional prototype in a matter of weeks instead of months.”

This case study previously appeared in the September 2015 issue of Manufacturing AUTOMATION.