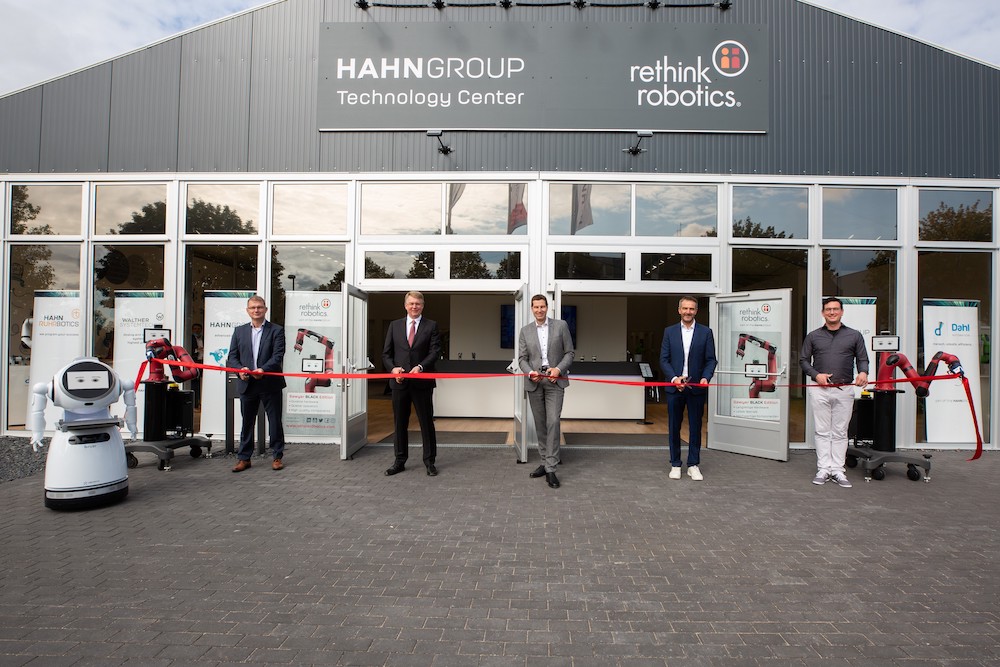 Rethink Robotics has moved into a new company headquarters and production facility in Germany, and is receiving a financial injection from the Siemens Technology Accelerator.

Rethink Robotics, a subsidiary of the HAHN Group, moved into the new HQ in Bochum, Germany in summer 2020.

The premises are part of the new HAHN Group Technology Center, a meeting point for customers, partners and interested parties to experience and further develop innovative technologies.

Rethink Robotics has so far created 30 jobs in Bochum. Their collaborative robot systems, which will be produced on-site, are used in manufacturing companies, as well as in in service applications for laboratory environments.

Another milestone is the recently implemented cooperation between Rethink Robotics and Siemens Technology Accelerator (STA).

STA acquired a minority of the shares in Rethink Robotics as part of a technology contribution including know-how, patents and designs in the field of innovative hardware solutions for lightweight robots and cobots.

“With the technology from Siemens, we are getting closer to the start of a new series of robots very quickly and will be presenting a first prototype in spring 2021,” says Daniel Bunse, CEO of Rethink Robotics GmbH.