Schneider Electric has appointed a new country president for Canada. 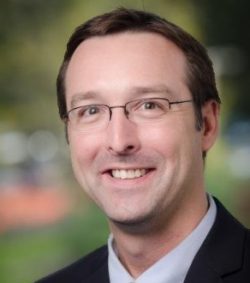 Adrian Thomas will assume the role effective January 1, 2021, succeeding Susan Uthayakumar, who held the role of country president for the past three years.

Uthayakumar has been appointed as the global leader for Schneider Electric’s sustainability business division, reporting to Olivier Blum, the company’s chief strategy and sustainability officer.

“Adrian’s appointment advances our plan to further build and sustain our presence in Canada as a leader in energy management and automation,” says Clayton in a statement.

“Adrian’s relentless focus on our business, combined with his technical expertise spanning multiple decades and his passion for sustainability, will be key to driving our growth strategy forward. We are pleased to welcome Adrian into this new role and to my leadership team.”

Thomas brings over 20 years of experience in the electrical and automation industry to the role. Since 2016, he has been with Schneider Electric Canada, most recently serving as vice-president, home and distribution, and power products.

He has also held other roles at the company, including leading Schneider’s digital energy and low-voltage power systems businesses. 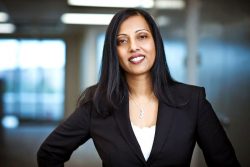 He has also been a key driver in bringing Schneider Electric’s EcoStruxure to life in Canada, helping partners and businesses alike achieve their sustainability ambitions.

Prior to joining Schneider Electric, Thomas held sales and leadership roles at General Electric, TMEIC Corporation and TM GE Automation Systems. He holds an electrical engineering degree from McMaster University and a post-graduate certificate in finance for executives from the Kellogg School of Management at Northwestern University.

“I am very excited to take on this role and lead the continued growth and success of Schneider Electric in Canada, an important market for the company,” says Thomas.

“We are living through extraordinary times in Canada and around the world. The changes required to achieve a sustainable future require bold strategy and the courage to work collaboratively to realize it. Leading Schneider Electric Canada during this pivotal moment is a true privilege.”