With standards set, single-pair Ethernet is prepped for take-off 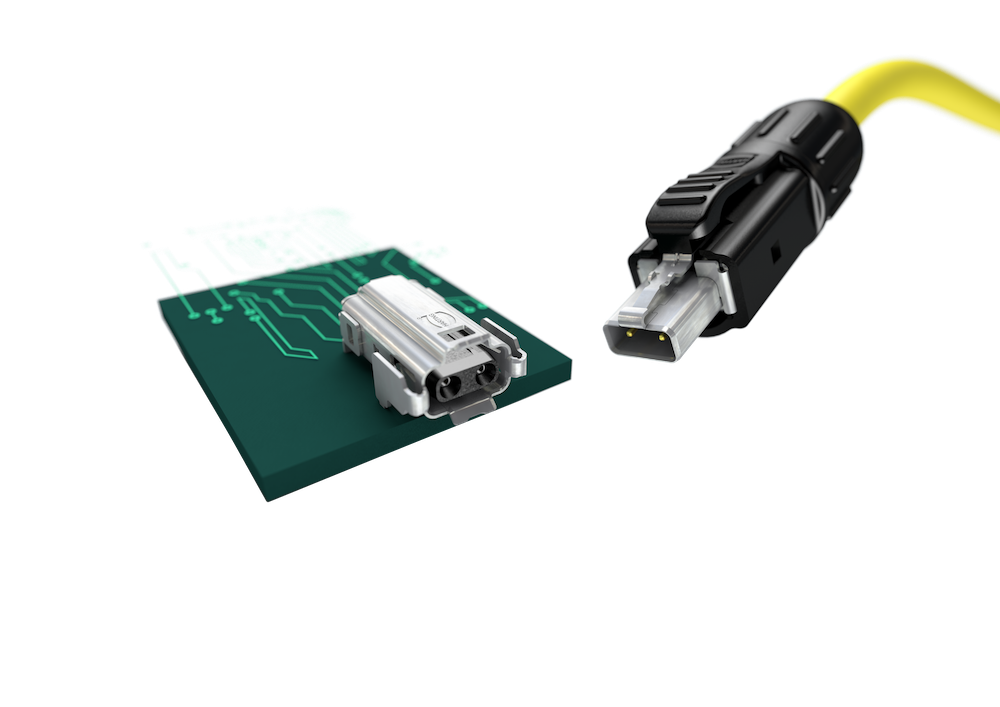 Today’s major transformative technologies rarely come about with a eureka moment like inventor Alexander Graham Bell’s words that launched the age of voice transmission, “Mr. Watson, come here, I want to see you.”

In the case of single-pair Ethernet (SPE), there is no singular moment of creation on its timeline – just a concerted effort by industry to make it a reality.

What is single-pair ethernet?

It has taken over a decade for SPE to evolve from a concept originally envisioned by automotive companies to lighten the cable weight of vehicles to the go-to data communication solution to help unlock the vast potential of the digital factory. SPE makes it practical to create an Ethernet-based shop-floor-to-cloud network for IIoT ecosystems.

It is fully supported by a comprehensive set of global standards, years in the making – covering transmission, cables, cabling and the connector interface. It is generic technology; users won’t face a VHS-versus-Betamax choice between different proprietary approaches.

That said, SPE is more than just a collection of new infrastructure components. It is a completely new ecosystem that will enable devices and make new applications happen.

These devices require faster transmission rates than fieldbus systems provide, while the existing Ethernet infrastructure is too bulky and expensive.

SPE’s lighter and thinner cabling – up to 75 per cent smaller – and ability to deliver data and power simultaneously over a single pair of twisted copper wire, make it an ideal solution to wire up the shop floor for TCP/IP connectivity.

It should be noted that SPE is complementary to fast or gigabit Ethernet, not a replacement for it.

Whereas those Ethernet protocols use two or four pairs of twisted copper wires, SPE’s single twisted pair delivers speeds of 100Mbit/s (100BASE-T1) and 1Gbit/s (1000BASE-T1) over distances up to 15 or 40 metres respectively, or 10Mbit/s (10BASE-T1) up to 1,000 metres. That extended range – which conventional Ethernet lacks – provides the basis for linking the shop floor to the enterprise level with a unified SPE protocol.

SPE can end the interpolation of different transmission technologies. SPE’s high throughput (bandwidth of up to 600MHz and speed up to 1Gbits/s) and plug-and-play capability means it can replace fieldbus systems.

Gateways and protocol translators won’t be needed to exchange data between fieldbus and Ethernet. Maintenance will be simpler and manufacturers of automation products won’t have to develop multiple fieldbus variants, just Ethernet. 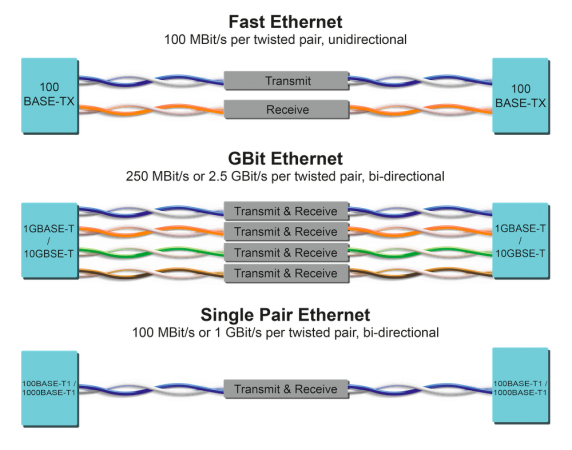 In 2016, Harting proposed that the T1 Industrial interface it had launched that year in an IP20 connector be adopted as the global standard.

Two years later, a formal selection process was initiated by ISO/IEC and the Telecommunications Industry Association (TIA) at the request of IEEE. More than 20 national expert panels participated.

This led to the IEC 63171-6 standard based on the T1 Industrial interface, along with a standard interface for the building environment (MICE1) proposed by CommScope and published as IEC 63171-1.

Standards set common manufacturing and testing baselines. IEC 63171-6 contains all necessary specifications and test sequences for an SPE connector based on T1 Industrial and is incorporated into the structured cabling standards of the ISO/IEC 11801-z series.

These standards provide guidelines on the construction of SPE transmission links: the structure of cabling, the components to meet performance specifications, and the threshold limits for cabling verification.

Compatibility between devices and cabling is assured; components from different manufacturers should be easily inter-connectible without complex adapters. Power over Data Line (PoDL) – the delivery of power in addition to data via single-pair Ethernet – has been standardized by IEEE 802.3bu-2016 with 10 power classes from 0.5W to 50 W.

By contrast, where product categories lack a global standard for whatever reason, it’s caveat emptor – buyer beware. For example, with 1.27” pitch connectors for printed circuit boards, there have been instances of manufacturers cutting corners on contact plating to undercut competitors on price.

Independent laboratory analysis found these cut-price connectors to be more vulnerable to corrosion and loss of contact resistance, conditions that typically worsen over time and may lead to premature failure of the connector, PCB and even the device.

My colleagues and I speak with many big machinery and automation companies, and on the question of wireless versus cable-based communications, the feedback is always the same. As long as you have to bring power to all those shop-floor level sensors and actuators, you will need a cable anyway. Why not use the same cable for communications as well?

They are concerned about wireless reliability, possible signal interference or interruption. Latency is a residual issue, albeit less so with 5G than 4G. As for Ethernet, with the advent of time-sensitive networking technology, it now boasts reliable and deterministic communication for mission-critical applications and processes.

With the backing of international standards bodies IEEE 802.3, ISO/IEC and TIA 42 for SPE, device manufacturers are proceeding to develop infrastructure components and the devices they will support.

Prototype chipsets are in circulation and commercial chipsets are expected later this year. Within a few years, expect to see the first wave of smart sensor and actuators with SPE connectivity.

Others are taking different approaches – but whatever the path, the influence of standards is likely to assist in the rapid deployment and wide acceptance of single-pair Ethernet.

This article originally appeared in the June 2020 issue of Manufacturing AUTOMATION.