An IT consultant who teaches at Conestoga College in Kitchener, Ont. is the winner of Skills Ontario’s annual volunteer recognition award.

The recipient of the Skills Ontario 2021 Glenn Beatty Award is Elizabeth (Liz) Stacey. 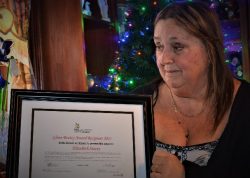 Liz created the IT Office contest provincially in 2008, and she also became the national tech chair for this contest the same year. She represented Canada as national and provincial tech chair at World Skills in 2015 for IT Office.

During the initial stages of lockdown, Skills Ontario asked all tech chairs if they would offer their contests in a virtual format. Stacey ensured that Coding and IT Office were able to run virtually.

“Not only did Liz move ahead and adapt the contests to be accessible to secondary students, but she also increased her registration numbers significantly to allow greater opportunity for students,” the company says in a statement.

Glenn Beatty, who the award is named for, was a participant in the CAD, CAM, CNC contests and a gold medal winner in the 1997 Skills Ontario competition. After that, he moved on to the national competition in Alberta, where he won another gold.

Beatty was hired by ATS Automation Tooling Systems in Cambridge, Ont. and continued volunteering for Skills Ontario before he died in a car accident in 1999.

As a tribute, Skills Ontario presents the Glenn Beatty Award annually to a volunteer or volunteers who exhibit the same dedication to the organization as Beatty did.