"Just think about that. One million licences found their way to schools over the past 15 years. That’s huge," said DS SolidWorks CEO Bertrand Sicot, during a keynote on the final day of SolidWorks World 2011 in San Antonio, Texas. "It was only in 2009 that we announced one million licences [sold in] total – education and commercial – globally. The adoption rate in universities and high schools is incredible. We are reaching students every year at the younger ages."

"It is a number that I am humbled by that so many people have decided to purchase SolidWorks as the tool in their school," said Marie Planchard, the company’s director of Worldwide Education Markets. "When you think about that volume, almost half of that, I would say 40 percent of that, [was over the last] two years. So when you think about that increase, it’s phenomenal of the adoption."

Planchard attributes this jump in adoption to the company’s approach of focusing on the particular needs of each teacher, and an "amazing reseller channel" that trains and supports the educators.

SolidWorks and its network of resellers target students starting at the sixth grade level, supplying schools with SolidWorks CAD software, as well as simulation tools to do things like stress and sustainability analysis – though for six graders, they don’t call it analysis, Planchard said; they call it "fun with physics."

"It’s about being able to design a project like…an F1 car, which is very popular in the Canadian middle school market," Planchard explained. "They can build a little wooden car, and they design it in SolidWorks. They put it through our virtual wind tunnel and see how the change in the wind can affect drag and flow, and then they machine it in a simple wood router and they race it."

One of SolidWorks’ youngest users is 13-year-old Riley Lewis, a Grade 7 student from San Jose, Calif. Riley was singled out at SolidWorks World 2011 by Jeff Ray, Dassault Systèmes executive vice-president of Geographic Operations, as one of the bright young students he is "blown away" by.

Riley was introduced to SolidWorks at age 11, at Laney Community College Summer Camp. A professional engineer showed the students how to use the software. The rest he learned through online tutorials. It was just the thing he needed to help with a project he had been working on. Riley was previously using Google SketchUp, but it wasn’t meeting his needs. SolidWorks had the features he was looking for to help him complete the project. 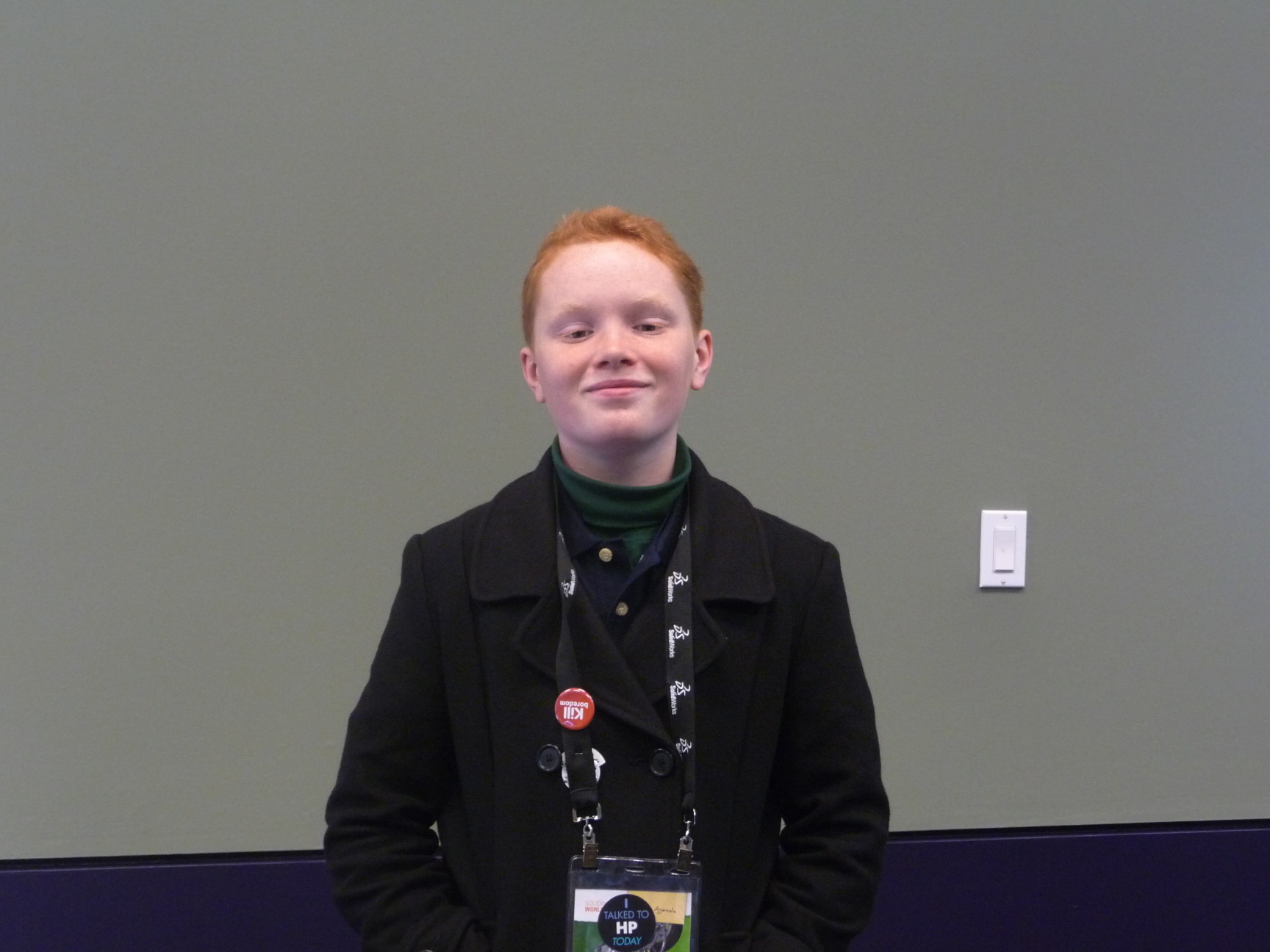 "I think it’s a great software. After learning a little, I found that the usability is greater than most of the other tools on the market," he said.

Though he has been using SolidWorks for two years, he has had an interest in engineering and inventing since the age of four.

"When I was four, I started building small projectile [items] like catapults…out of PVC and stuff that I had in my room," he said. "My dad and I have always been makers. When there is something broken, we try to repair it before taking it to the shop to get repaired."

What’s next for this young mind? "My plans for the future are learning more," said Riley, who at 13 is already in talks with universities. He would like to focus on sustainable engineering or mechanical engineering.

What is his advice to would-be engineers? "Start with Google SketchUp. Then see if there are any SolidWorks users in your community. Talk to them. Try to get the software. If you can do that, you may end up at a show like what I’m doing right now."