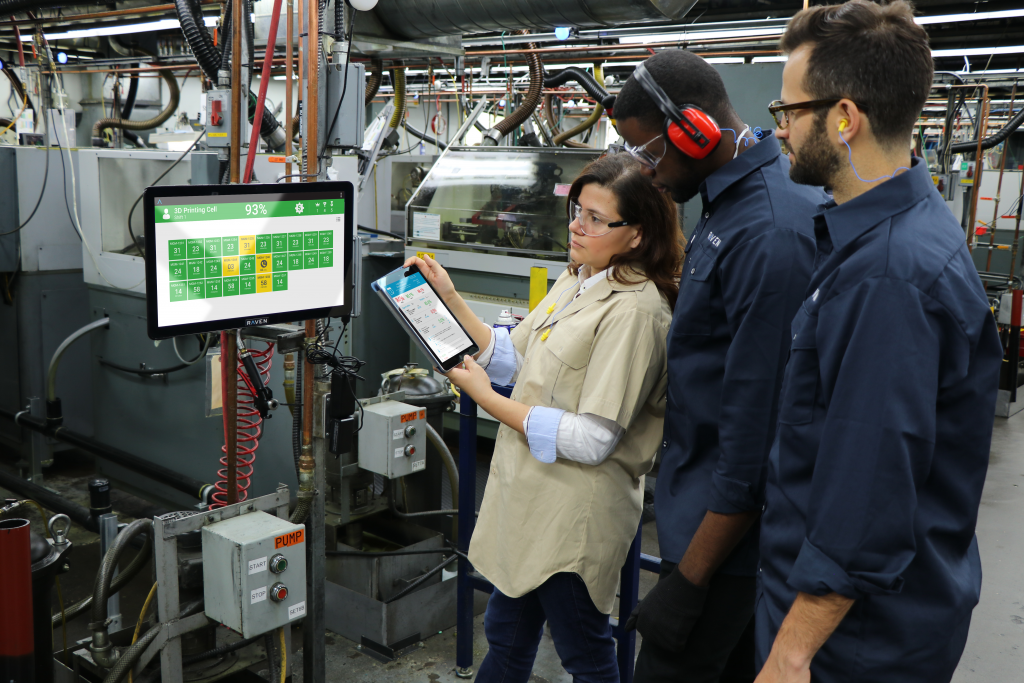 Improving profitability through top-line growth or cost reduction is the priority for any manufacturer, and most collect shop-floor data in pursuit of that goal.

Small-scale plants may use a simple approach – like an engineer and an Excel document – to analyze that data. But with the advent of artificial intelligence, there has been a glut of applications promising to help manufacturers to collect and analyze data, and then provide insights over time.

Where many of today’s solutions – whether manual or automated – get stuck, says Martin Cloake, co-founder and chief executive officer of Ottawa-based Raven Telemetry, is in seeing sustained change once production inefficiencies are identified.

“The biggest opportunity is to eliminate the things that are keeping operators from producing, and it is the support staff whose actions have the biggest impact on changing productivity – the lead hands, supervisors and maintenance technicians,” Cloake says. “How can we ensure that the support staff is doing the optimal thing at any moment in time to support the operators?”

Since having a dedicated supervisor or maintenance staff per operator is not feasible, Cloake says support workers often tackle what they can, where they can.

Reports and dashboard analytics may show that actions taken by support staff have had a positive impact, but that’s not what leads to lasting change, Cloake says. “Changes in behaviour [are] the only thing that will help manufacturers improve.”

Cloake co-founded Raven Telemetry with chief technology officer Braden Stenning and president Andrew Blanchard in 2013 to help manufacturers act on their data. They call their artificial intelligence–based platform “augmented management”– it uses tablet computers installed at each process or machine to collect data that is used to guide plant workers to seize opportunities for increased profits.

The tablets interpret online and offline data on metrics such as process health, cycle times and costs, obtained from PLCs, relays, sensors, ERPs and other sources in the plant. Through a simple, user-friendly interface, the system asks operators questions pertaining to their process – initially to learn how the process works, and thereafter only when abnormalities occur.

“In order to get data from operators, you need to be very conscious of the fact that they are busy and you don’t want to overwhelm them with requests for information,” says Cloake. “We minimize how many questions we ask to operators – and as the system learns, it asks less and less questions and is able to fill in the gaps.”

Using all of this information, the system establishes a detailed picture of the production line. “If you don’t have a true account of what is happening and what has happened, any other step in your process is pointless,” Cloake says. “The challenge here is that the data from the machines and the data from operators is an extremely messy dataset, and there is a real fine line between taking data and producing nonsense, and taking data and actually getting to the truth.” 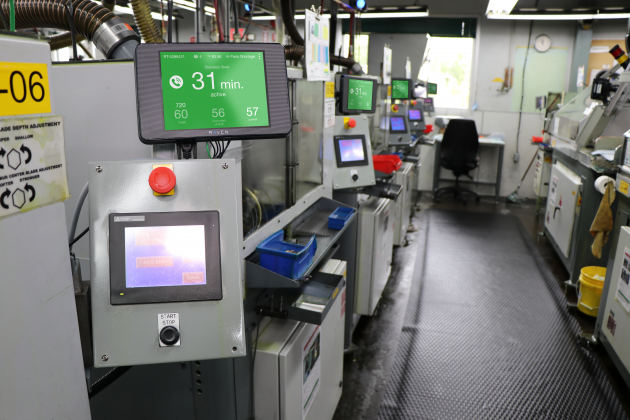 As Raven’s technology learns what “normal” for each process looks like, it draws insights over time. For example, it will be able to tell if a particular process is being performed at different rates between operators, or if shift changes take longer at certain times of the day.

Cloake says that one of the biggest costs for manufacturers is when an operator is waiting for maintenance to arrive to fix something, thereby stalling production. As a way to guide action, the Raven system will send an alert to maintenance when a process needs immediate attention. But it also gives feedback – it will later notify supervisors whether that maintenance visit had an effect on performance.

Guiding users to taking the correct action is Raven’s sweet spot, and not just for operators. The system benefits continuous improvement teams by overlaying the financial impacts for each production opportunity, and by then identifying which will offer the biggest return on investment.

Beavers Dental, a dental-drill plant in Morrisburg, Ontario and part of the Danaher Group, saw its OEE move from the high 70s to the low 90s after implementing Raven’s technology, which led to increased output. Before Raven, management had been collecting data and using performance boards on the shop floor to track progress. But with 150 machines and 30 operators per shift, waiting times for support staff had been steadily increasing.

Raven’s system changed how support staff prioritized and responded to situations by pinpointing the root of the problem through real-time operator feedback. The technology also brought major gains on the continuous improvement side, identifying variability in regular procedures, including a cleaning process.

“Based on the data, Beavers brought together a team – a combination of engineers and operations – had a kaizen event and came up with a better approach,” Clarke shares. “By increasing efficiency, you can actually increase top-line revenue by producing more. So the impact of 10 per cent or 12 per cent OEE gains is hundreds of thousands of dollars of reduced labour cost, and millions of dollars in increased output.

“We have found that guiding clients to minimize controllable losses is a much more effective way to drive gains than to focus on the metrics.”

This article was originally published in the January/February 2020 issue of Manufacturing AUTOMATION.