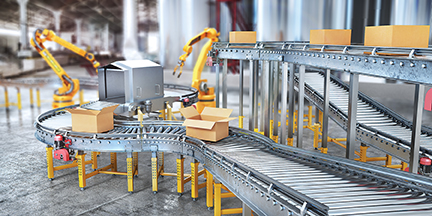 Canada’s supply chains need a shot in the arm.

At Next Generation Manufacturing Canada’s (NGen) recent online summit, industry leaders said that while the pandemic may have stymied supply chains, it simply exacerbated issues that were already long there.

The all-day event, called Strengthening the Agility and Resilience of Canada’s Manufacturing Supply Chains, was held June 17 and featured a series of keynote presentations, as well as breakout panel sessions on the automotive, aerospace and defence, food and beverage, and industrial equipment verticals.

In her opening keynote, Linda Hasenfratz, CEO of Linamar, said that trade wars and nationalism, artificial intelligence and automation all have put pressure on global supply chains. Continuing to add uncertainty to the mix: the proliferation of misinformation, increasing populism, and a resulting volatile market.

Despite these having been multi-year issues, COVID has been the catalyst for more conversation about how to respond. Companies are pausing to figure out how to prepare for the next major disruption, whether by reshoring or technology implementation or workforce adjustments – or some combination thereof.

Pre-pandemic, “I think we felt like we were sustainable as a standalone country,” said panelist Jay Davis, CEO of AWC Manufacturing. “We thought we could provide Canadians with what we needed. But we found out that we aren’t sustainable. We struggled with getting supplies that were considered essential. We also learned that companies become nationalistic real quick.”

After a 15-month border closure, Peng Sang-Cau, VP life sciences and emerging markets, Symphoni at ATS Automation, implored attendees to consider what they’d do were it to happen again, and to plan accordingly.

“‘Supply chain’ is not a new word, but it’s a word that we need to pay more attention to,” she said.

A new kind of economic crisis

What’s exactly went wrong with our supply chains when COVID hit? A unique set of challenges makes the economic crisis of 2020 markedly different from the housing bust of 2007-08, said Peter Hall, vice-president and chief economist at Export Development Canada (EDC) in his presentation.

“This was not a natural-born recession,” Hall noted. “We weren’t in pre-recession conditions before the pandemic – there was a decision process to stop economic activity. Instead of a great big bubble, we had an anti-bubble. And the we had pent-up demand from pre-pandemic.”

This led to supply chain disruptions beyond the COVID-19-related border bottlenecks. The uptick in consumer demand resulted in wide-scale shortages, including in the semiconductor market, as well as major increases in shipping costs, spikes in commodity prices, and labour shortages.

Hasenfratz noted that it will likely take two to three years to fully restock depleted inventories, and the impact of the semiconductor shortage will be felt into 2022.

But the upswing has been swift already: EDC expects the U.S. to grow more than seven per cent this year, and Canada about six per cent. It’s a big jump from last year, when Canada’s growth dropped 5.3 per cent, and the U.S. was down 3.5 per cent.

While supply chain issues are not unusual emerging from any recession, the idea of reshoring production has become a flashpoint throughout this one.

But even that’s not a new conversation, said Hall. After every global crisis or disaster, talk of reshoring, near-shoring and “glocalization” resurfaces.

There are some differences this time, though. Reshoring Canada, a non-partisan advocacy group developed to promote the de-risking of national supply chains, was formed in April 2021 to encourage policymakers to support bringing more production back home.

Former federal cabinet minister Tony Clement and former Ontario minister Sandra Pupatello are Reshoring Canada’s co-chairs. The project started taking shape before the pandemic as a response to national concerns that the critical minerals market was being commandeered by China, Clement said. But once Canada’s access to PPE was throttled, the organization was born.

“This is not a nativist thing; it’s not a ‘Make Canada Great Again’ thing. This is not a rejection of Canada being part of a global supply chain,” explained Clement. “However, I think we have learned – and are learning – that there are national security issues, and economic and environmental issues. We do need to evaluate our supply chains on these issues and make adjustments.”

“This is not a nativist thing; it’s not a ‘Make Canada Great Again’ thing. This is not a rejection of Canada being part of a global supply chain,” said Clement.

Reshoring Canada has been in talks with the Reshoring Initiative in the U.S. on establishing a version of their total cost of ownership (TCO) estimator for Canada. The online tool calculates beyond per-unit labour costs to include 30 different cost factors – environmental, overhead and risks among them. The reason? When companies source only based on price, their cost calculation can be off by up to 30 per cent.

Hasenfratz agreed that more reshoring is likely, but that despite all the talk, she doesn’t expect it to be on a large scale. “The cost equation is changing largely thanks to the automation piece,” she said. “[But] once supply chains are integrated globally, it can be very difficult and very costly to reverse the process.”

For example, North America’s integrated automotive industry was built with specialties in Canada, the U.S. and Mexico to ensure the continent’s competitiveness as a whole since 80 per cent of vehicles are manufactured elsewhere on the planet, she said.

“Globalization has basically encouraged specialization […] certain countries are very good at certain things.” Specialization means research and development costs are not being fragmented, and so countries can focus on building their areas of expertise and ultimately increase orders.

Now, with an average of seven border crossings required to build a vehicle in North America, it can be very difficult to “unscramble the eggs,” as Hasenfratz puts it. Risk will become more important coming out of COVID-19, but it won’t be enough to change everything.

“Cost, technology and quality are hard to ignore,” she said.

“Automation is absolutely accelerating today, thanks to the evolution of the power of computing and the utilization of AI and machine learning, allowing us to automate more things and drive better efficiency,” said Hasenfratz.

“It’s taking away the perceived benefit of low-cost labour to do repetitive tasks.”

Because North America isn’t going to be able to compete in the global market on cost of labour, Canada’s supply chains will need to rely on mechanization, roboticization and the integration of AI. This will be crucial for Canada going forward. Consider it the country’s COVID-19 “survival strategy” and a differentiator in the global marketplace, said Hall.

This dovetails with the data-driven future of automated supply chain management. As Canadian manufacturers implement more Industry 4.0 technologies that allow for visibility into their operations, they’ll be able to respond to disruptions proactively rather than reactively.

As a first step toward strengthening Canadian supply chains, Reshoring Canada is surveying industry to establish a data set that will inform further action.

No matter what, Canada’s competitive position will be influenced by quality and environmental, social and governance concerns, which will require technologies that ensure supply chain traceability and full product lifecycle management, said Hall.

As the country moves toward its 2050 goal of net-zero emissions, manufacturers will weigh their carbon footprint more heavily as they select a production location and work with suppliers on logistics.

It’s a strategic opportunity for Canadian manufacturers to grow their businesses in a dynamic new post-COVID world where customers are more involved in product design and services, said Hall.

“We need to be very mindful of the fact that the pressure is on, like we haven’t seen for a decade,” he said. “In terms of maintaining supply chain integrity, it’s the ones who are actually on the forefront of all things digital that are running away with the game at the moment.

“It really becomes a race to the frontier of technology.”

Kristina Urquhart is an editor at Annex Business Media and the former editor of Manufacturing AUTOMATION.