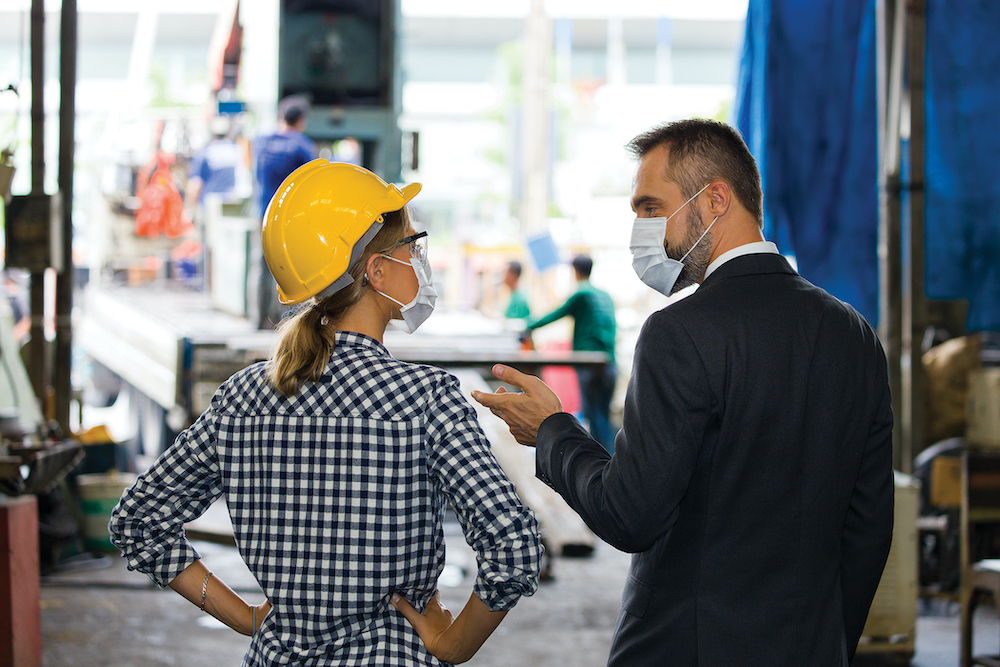 The lockdowns have now been going on for over a year. Some manufacturing companies have survived quite well, some have thrived, and some have struggled, stalled or failed.

The same is true for our local economies; restaurants, hair salons, small retail shops and many other small businesses are failing, never to reopen.

It is catastrophic to many communities and many families. Governments are promising relief programs and stimulus budgets, but these things are temporary in nature and won’t lead to a sustainable recovery.

Three often misunderstood words come to my mind as being critical to our economic recovery: entrepreneurism, capitalism and leadership. Entire books have been written about all three of them but let’s look at the essence of each to discover their relevance and importance now.

There are all sorts of other people with different skills and abilities that can then lend a hand to grow the enterprise and economic benefit, but it was an entrepreneur – someone likely wired a just bit differently (which is why “entrepreneurship” is almost impossible to teach) – that created the initial economic something.

“Capitalism” is not a popular word with many in society these days, but that is because it’s wrongly interpreted as greed, or enterprises built for profit above all else. Greed is greed in any “ism.” It is prevalent in all forms of societal systems – socialism, communism, any “ism” – because it is a human trait, plain and simple. Whatever societal system binds human beings together in communities or countries, greed will be present. A capitalist is simply someone that puts capital to work.

The opposite of a capitalist is a “consumer.” I recently helped my 30-something children to understand the difference. They were renting homes, entertainment systems and financing a variety of somewhat temporary “life-enhancing” purchases.

After calculating what they paid in rent and monthly payments for everything else, we quickly deduced that same amount of money would cover the principal, interest and taxes on a nice home that they could own themselves, and that would increase in value and grow equity.

I encouraged them to think like pure capitalists (i.e. put money to work for them, building value), rather than purely like consumers (spending their money on temporary goods and services, depleting value). Capitalism isn’t the pursuit of money; it’s putting money to work to create value.

“Rank may designate you as the leader, but being able to find a way is actually what makes you a leader.”

And finally, “leadership.” There are books, training courses and certification programs to develop, improve or identify and designate the leader. But for me, the best description I have heard of what a true leader is and needs to do is “leaders find a way.”

A hockey team that wins the Stanley Cup will have a few of these leaders on the team. It doesn’t have to be the person wearing the “C” that’s the leader – it’s the players who found a way to win, and their teammates responded. If you escaped from a foxhole in 1918 after being pinned down for days by enemy fire, the leader is the one who found a way and led the others out. Rank may designate you as the leader, but being able to find a way is actually what makes you a leader.

Today’s world is filled with designated leaders that are focused on showing they are in charge and in control – which may be good in “normal” status quo times, but if you are in a crisis, or want to accomplish something really significant, you need a leader that can find a way. Just like an entrepreneur, this type of leadership is hard to define, probably can’t be taught, and is often difficult to understand.

It seems every evening, we hear our leaders talk about how much more money (capital) they are going to spend on short-term measures, with the inference that the bigger the numbers in their announcements, the better their leadership is. Unfortunately, we can’t do too much to change the way our governments are trying to “lead” us out of this and into a recovery, but there’s a lot we can do for ourselves and for our companies.

All it takes is a little entrepreneurship, putting capital to work wisely, and leadership that recognizes the value of both and finds a way. Three key words that make all the difference.

This article appears in the May 2021 issue of Manufacturing AUTOMATION.