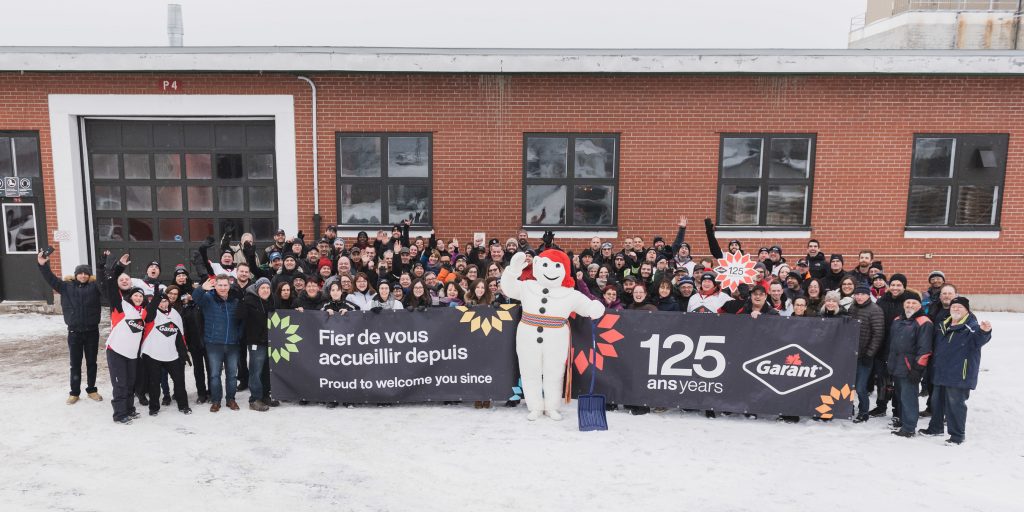 Garant, the Quebec-based tool manufacturer, celebrates its 125th anniversary in 2020.

To mark the milestone, Garant partnered with Quebec City’s Carnaval, inviting the festival’s mascot, Bonhomme, to stop by its plant on Jan.10 to take part in the official launch festivities.

The company also revealed a special 125th anniversary logo and, throughout the year, will stage promotions and contests to celebrate the anniversary.

Garant has been making tools in Saint-François-de-la-Rivière-du-Sud, in the Chaudière-Appalaches region of Quebec, since 1895. The company employs about 375 workers, who mostly hail from the small town.

“The company may have changed hands over the years, but has always maintained its commitment to grow and nurture this jewel of Quebec’s manufacturing world,” says Jean Gaudreault, Garant’s CEO.

In 1895, Télesphore Garant built his forge next door to his family home. Back then, that’s where people from town and the surrounding area came to have their wagons, cart wheels and plow blades repaired and restored.

Around 1930, in response to the needs of local farmers, replacement handles for manual tools were added to the production roster.

The arrival of plastic marked a turning point in the industry, and in 1983, Garant bought four injection presses to manufacture its tools.

Over the years and building on the company’s continued success, with the addition of highly skilled experienced workers and major investments, Garant has broadened its range of products as well as its distribution network.

Garant is now working on an Industry 4.0 project. “This project will allow us to innovate with our products as well as with our manufacturing processes, thereby helping us keep our competitive edge and maintain our Canadian operations for years to come,” says Isabelle Dorval, Garant’s director of marketing.

Garant is a manufacturer and distributor of non-powered tools for gardening, snow removal, cleaning and construction offers more than 4,000 assorted products to professionals and homeowners, through retailers across Canada and the United States.