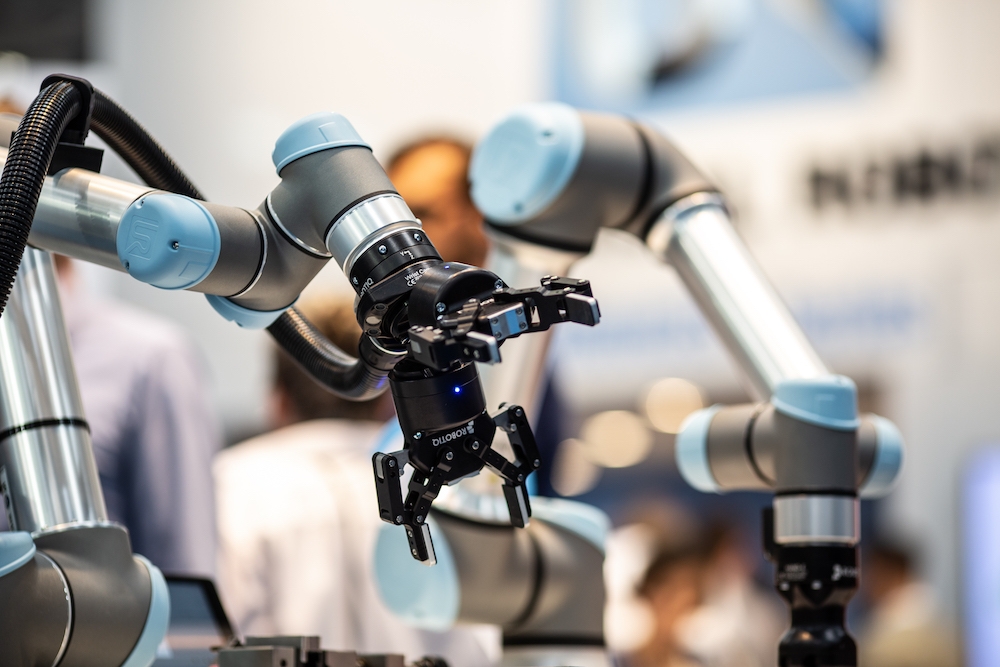 October 31, 2018 – Universal Robots has had a big year. After creating the world’s first commercially viable collaborative robot (cobot) arm a decade ago, the Denmark-based manufacturer, owned by Boston automation supplier Teradyne, remains the biggest player in the industry with 60 per cent of the market share.

In September, the company sold its 25,000th cobot – and, to mark the occasion, awarded the purchaser, Kay Manufacturing in Chicago, with a special gold-painted edition. And at the International Manufacturing Technology Show (IMTS), also in September, Universal Robots debuted the e-Series, its new flagship line of cobots.

Check out the company’s other new additions in this video, and watch for our full story on Universal Robots in the upcoming issue of our Robotics Insider e-Book.