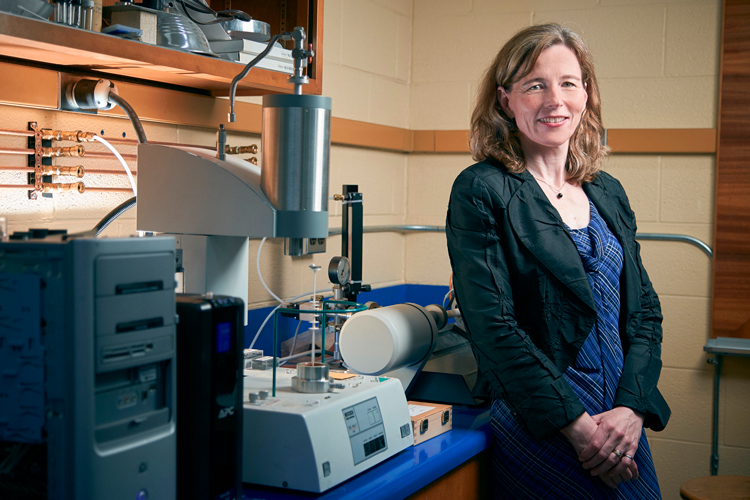 The University of Waterloo has named a new dean of the Faculty of Engineering.

Mary Wells, a materials engineer, is known in the industry for her strategic leadership in building collaborative and strong relationships within a university setting and for her work in attracting, engaging and retaining women in the engineering industry.

Wells currently serves as the University of Guelph’s dean of the College of Engineering and Physical Sciences, a position she has held since 2017.

While at Waterloo, she served as the associate dean of outreach for Waterloo’s Faculty of Engineering from 2008 to 2017, chaired its Women in Engineering committee for many years, and was involved in numerous programs for girls, women, parents and teachers.

Wells was chair of the Ontario Network of Women in Engineering from 2013 to 2018.

Her outreach activities earned Wells both the Natural Sciences and Engineering Research Council of Canada Award for Science Promotion and the prestigious Support of Women in the Engineering Profession Award from Engineers Canada.

She began her academic career as a professor in materials engineering at the University of British Columbia from 1996 to 2007 and has worked in the steel industry in Canada and internationally.

Her research focuses on the relationship between processing, structure and properties for advanced metallic alloys used in the transportation sector.

A past president of the Metallurgy and Materials Society of the Canadian Institute of Mining, Metallurgy and Petroleum (CIM), she is the co-author of two books on women in mining published by CIM: Women of Impact and Women of Innovation.

She will be the University of Waterloo’s ninth dean of engineering and the second woman to hold the post. She succeeds Pearl Sullivan, who was the first woman named to the position she held until December 31, 2019, and Rick Culham, a mechanical engineering professor, who is currently serving as interim dean of the Faculty.