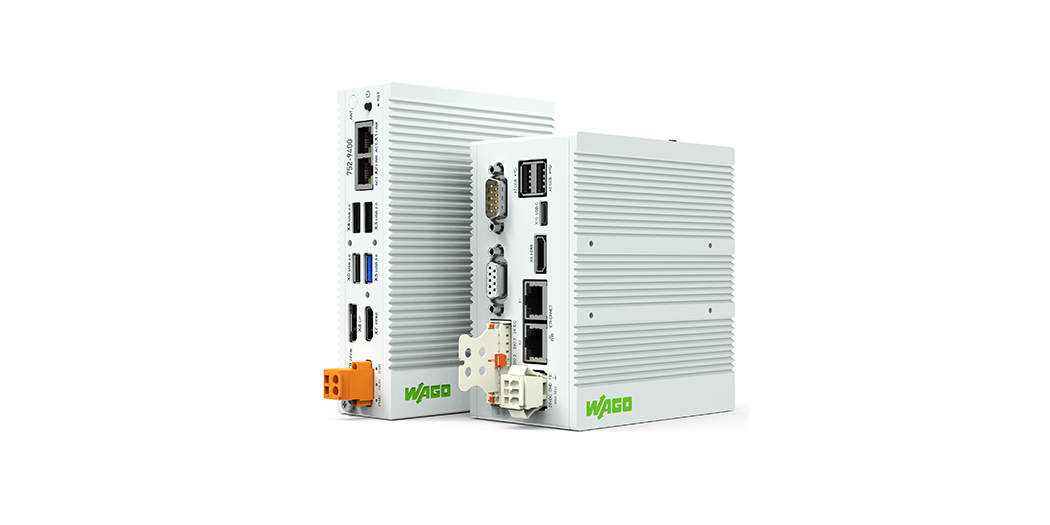 The edge controller (752-8303/800-002) is ideal for edge of network applications where deterministic PLC control can be combined with machine learning, data aggregation, cloud services, predictive maintenance and other analytic algorithms.

It allows users to run high speed and complex applications with its quad-core processor as well as applications through docker containers with its Linux-based real time operating system.

For Linux-savvy users that want an industrial grade computer to run Node RED, Grafana or edge applications such as AWS IoT Greengrass, the edge computer (752-9400/752-9401) is the optimal device to use.

It comes with a Debian Linux operating system, a quad-core ATOM processor, 64 GB flash memory and either 4GB or 8GB RAM with memory able to be expanded via SSD HDD memory card.

Control engineers and software developers can leverage the device’s openness to operate their edge of network applications.