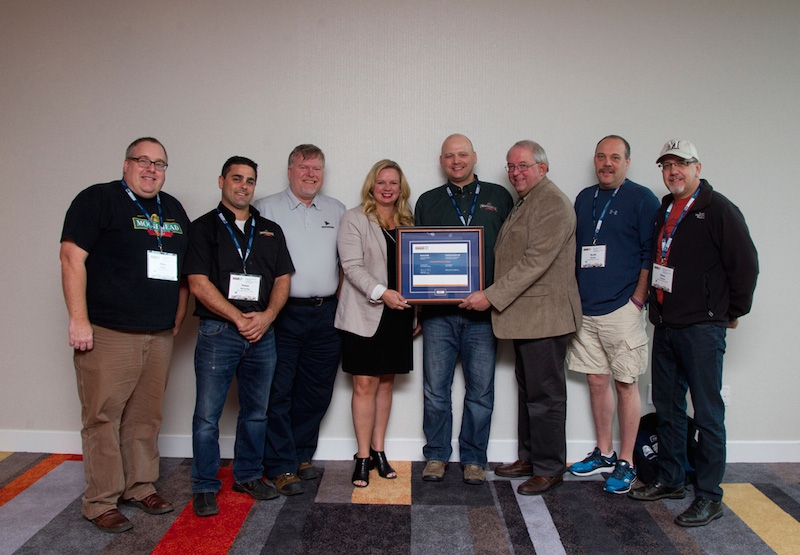 Nov. 7, 2016 – Moosehead Breweries has received the Safety Star Award for “demonstrating safety leadership and outstanding achievements in occupational health and safety” at the WorkSafeNB 2016 Health and Safety Conference in Moncton.

Located in Saint John, N.B., Moosehead Breweries is Canada’s oldest and largest independent brewery, and is currently led by president Andrew Oland, the sixth-generation member of his family to run the brewing business.

“Through its focus on health and safety, Moosehead has experienced positive, sustainable improvements,” according to a statement from WorkSafeNB. “In recent years, its accident frequency has declined and claims costs have improved. Through its efforts, Moosehead now sees significantly fewer team members injured in the workplace.”

“We’re proud to recognize Moosehead among the top health and safety leaders in New Brunswick,” said Gerard Adams, WorkSafeNB’s president and CEO. “Moosehead is a company that demonstrates, daily, that everyday little things make a huge difference. Through its own golden rules of diligence, responsibility and collaboration, Moosehead shows us that small steps matter – they lead to positive, healthy and safe environments for everyone in a workplace. We support the safety culture goal at Moosehead: to ensure all employees go home safely at the end of the day.”

— With files from WorkSafeNB