As the increasing granularity of consumer demand drives down batch sizes, manufacturers are facing the prospect of upgrading their automation infrastructure. The trend is accelerating the transition to Industry 4.0

Underneath the compelling headline on BMW’s “design your own vehicle” website, there is some telling fine print. “This is a configurator,” the disclaimer reads. “Your ability to obtain the vehicle you build depends on availability.”

These words reflect the difficulty, even for luxury brands, of moving away from the traditional paradigm of mass production. While responses to the growing granularity of customer demand – mass-customization, flexible manufacturing, batch-of-one manufacturing – are often touted as the way of the future, many hurdles remain.

The basic idea, of course, is nothing new – the term “mass customization” was coined in the 1990s – but the more recent expectation of consumers that they can order anything they want from anywhere in the world has created a dynamic where consumers no longer want to buy the car that’s sitting on the local lot.

“Canadians for some reason love their car to be custom,” says Johnston Hall, product specialist with Omron Canada. “Everyone has to be different, and that requires small production runs.”

The impact is being felt by OEMs and parts suppliers alike. “I know automotive suppliers who used to have to make 20 different variations of a product, and now they have to do 5,000 variations,” says Michael Gardiner, manufacturing industry solution executive at Microsoft Canada.

The trend is putting a strain on manufacturers’ existing infrastructure. “Manufacturers are having to adapt to that philosophy,” says Mike Hutson, solutions architect for Toronto-based software provider Syspro Canada. “The key is, how can they change their manufacturing environment to suit that? If you’re set up to mass produce, then it’s very difficult to change.” 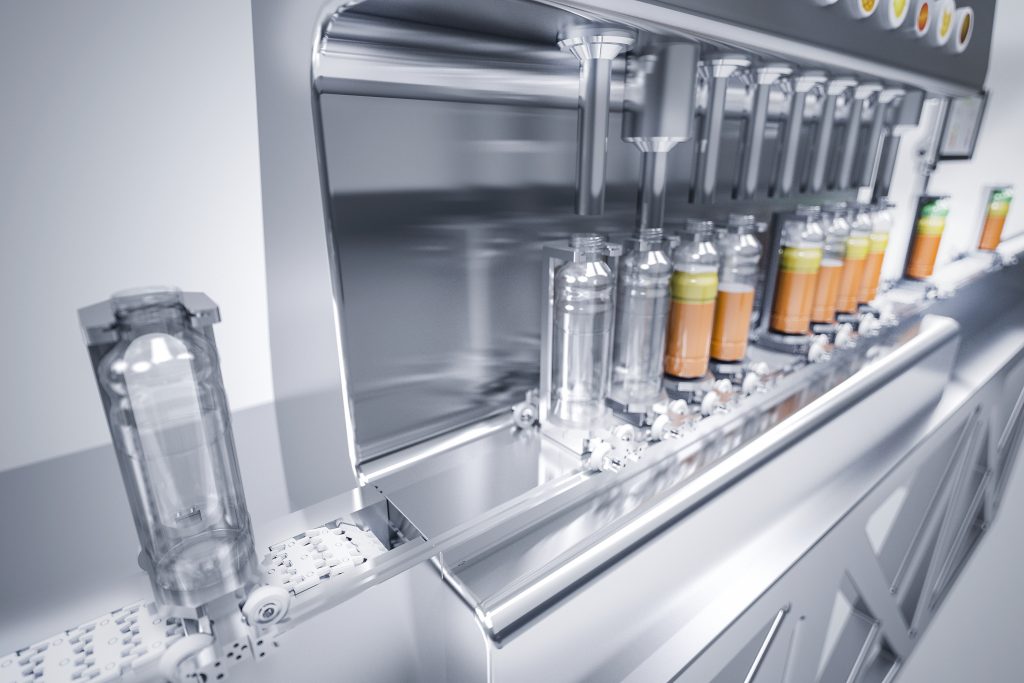 The difficulty for manufacturers is that the smaller batch trend touches all aspects of the business – production planning, material handling, fabrication, packaging, and delivery through the supply chain. Consequently, there are no magic bullets.

“It’s not just one thing – it’s a combination of things that manufacturers have to do,” says Hutson.

Tech vendors are responding with different pieces of the proverbial jigsaw puzzle. ERP systems are being adapted to configure small batches and orchestrate them through the supply chain. Material handling methods and industrial controls are being re-architected to support small-batch or batch-of-one production with existing infrastructure. Additive manufacturing or 3D printing is dropping in price, making it viable for selected small production runs.

“Tech providers – hardware and software, automation or robotics – are re-architecting their own systems and methods that may have been in place for decades in order to accommodate this,” says Gardiner, “and all this is happening at the same time. In the last five years, I’ve seen more movement than I saw in the previous 15 in the industry.”

The solutions generally support a modular manufacturing strategy, where a core component is mass-produced, and components that vary by customer preference are made in smaller batches and installed in “Lego-block” fashion. The approach allows manufacturers and distributors to shrink their product portfolios while leveraging their existing infrastructure.

The solutions generally support a modular manufacturing strategy, where a core component is mass-produced, and components that vary by customer preference are made in smaller batches and installed in “Lego-block” fashion.

“Manufacturers have a massive amount of capital geared for pure mass production,” says Hutson, “so when it comes to mass customization, modularization is the most practical way to do that.”

Industrial pumps are a good example. As Hutson explains, the customer can use a software module called a configurator to select a housing, and then choose the motor, valves and other components. Using rules-driven algorithms, the configurator then generates a quote and orchestrates the order into the fabrication or assembly process.

The modular approach can require significant human intervention on the factory floor, however, and the need to mitigate that is spawning a new breed of intelligent machines.

Efforts to produce in smaller batches are often hampered by the inflexibility of traditional automation technology, much of which may have been in service for decades. The approach, therefore, often involves prohibitive set-up costs.

“A classic robotic line is not adaptable – if a piece isn’t in the right position, the robot won’t pick it up,” says Gardiner. “If you really want your system to adapt, it has to be more cognitive, so that it can adapt to different learning situations.”

Machine learning software, supported by the latest generation of vision sensors, can learn on its own how to set up a machine for a non-standard order.

“This doesn’t mean you have to buy all new equipment,” says Gardiner. “A lot of what we’re doing in the tech industry is taking existing equipment and making it smarter. For example, adding artificial intelligence (AI) to existing camera systems using overlay software and edge computing.”

One approach is to equip machines with machine automation controllers (MACs), recently introduced by manufacturers such as Omron, which can track components through the production line without involving humans. In automotive, this could match custom parts such as car seats to a particular vehicle on the line. “The machine can read the bar code and know what seats are supposed to go into that car,” says Hall.

Another piece of the puzzle is making production lines more flexible so that they can support modular production. Austrian equipment manufacturer B&R Industrial Automation’s answer to this is to replace fixed conveyors with track-based conveyance systems that allow, in railroad yard fashion, for workpieces to be automatically switched to the right machines.

Gardiner envisions an automotive factory of the future where the arrangement of machinery no longer follows the fixed production line format.

“At the core is intelligent track technology, in which individually controlled shuttles adapt to each product being produced, assembled or packaged – instead of a volume of products conforming to a rigidly sequential process,” says John Kowal, B&R’s director of business development, who is based in Chicago.

Track systems also require less space. “Track systems can cut production line footprint in half compared to lines connected by conveyors,” says Kowal. “In a clean room environment, cutting the costly isolator space in half can save hundreds of thousands of dollars.”

Gardiner envisions an automotive factory of the future where the arrangement of machinery no longer follows the fixed production line format. “Products will take different routes in the factory depending on which model is selected,” he says. “Instead of a long production line, an automated guided robot will take the product to what area it needs for processing next. There are manufacturers that are already doing this.” 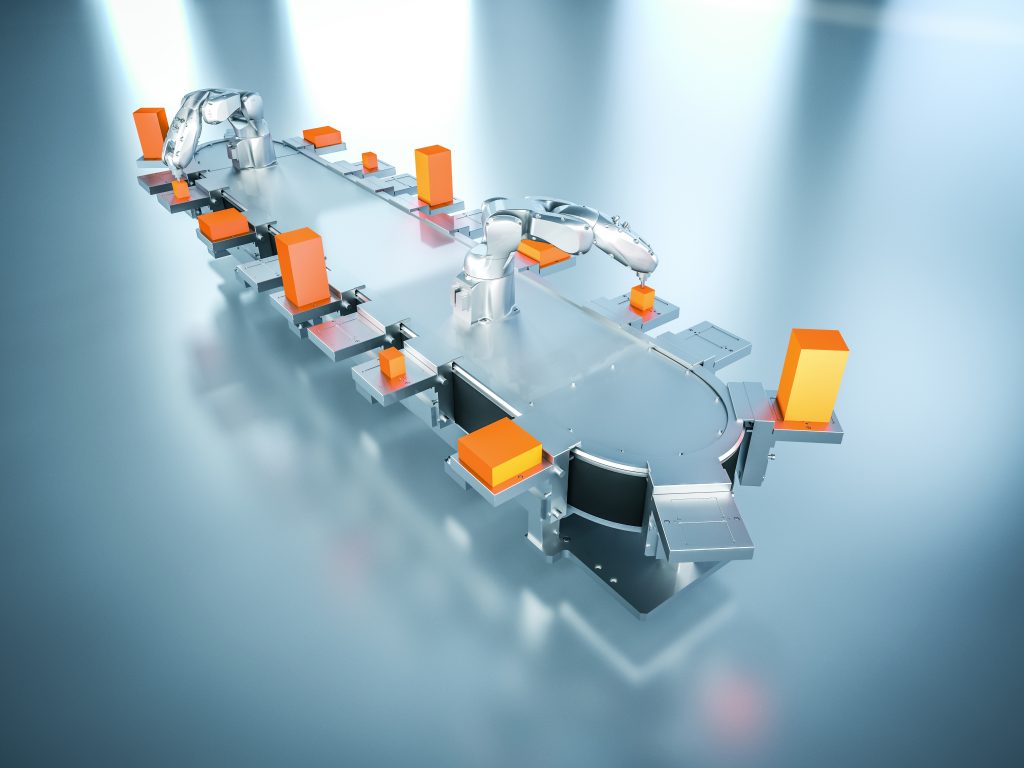 From prototype to production

Additive manufacturing, also known as 3D printing (read more on its adoption in Canada), has gained considerable attention in the smaller batch conversation, and for good reason – the technology often simplifies the design process, is remarkably versatile for executing complex designs, and eliminates setup and tooling costs that often require high volumes to amortize.

Costs are dropping. For example, Vancouver-based 3DQue has developed technology that makes additive manufacturing price competitive for small and medium-sized plastic parts runs. The key has been automating material-handling tasks that have traditionally slowed down the process.

“We have an automated system for parts release, and software that drives the whole system,” says Stephanie Sharp, 3DQue’s CEO. “So we’ve minimized manual intervention from design to shipping. This way we’re able to be cost competitive with injection molding.”

“Manufacturers have a massive amount of capital geared for pure mass production, so when it comes to mass customization, modularization is the most practical way to do that,” says Hutson.

Metal additive manufacturing is also advancing rapidly. “The cost of materials has drastically gone down, and there are more options for materials you can print with,” says Vlasea.

“You’re not going to be using it to drive costs out of an existing product,” says Kirby. “You’re trying to develop new products that have to be higher performance – parts that cost more but deliver higher value.”

One example is fuel injectors for aircraft engines. “The fuel injector is one of those poster-child components,” says Kirby. “Because we’ve reduced the number of individual pieces that are welded and brazed together, it fails less often.”

Kirby envisions the emergence of that will expand over time as additive technology improves. “It’s hard to predict, but I think the biggest impacts will be ironically in the places people least expected it,” he says.

Demand for smaller batches may be the burning platform that’s driving a more flexible approach to manufacturing, but the resulting trend to smaller localized facilities has many other benefits.

“The adaptive machine is great for re-shoring, overcoming the skills gap and addressing growing labour shortages,” says B&R’s Kowal, “and compared to offshore production and long trips in containers, manufacturers will be able to fulfill custom orders overnight.”

“With additive, I can produce a thousand parts per week, or a few hundred a day,” says Sharp, “so I don’t have to keep tens of thousands of them in inventory. That means I don’t need warehousing space, and that reduces the environmental footprint.”

The resulting facilities are also more attractive places to work.

“You can now have urban factories,” says Vlasea. “If you come into our site, we’re in an office building with full metal manufacturing facilities on the main floor. So we can bring all of these manufacturing jobs closer to younger people, who view [this as] a cool place to be – right downtown. That really attracts a new wave of engineers.”

This article originally appeared in the March/April 2020 edition of Manufacturing AUTOMATION.