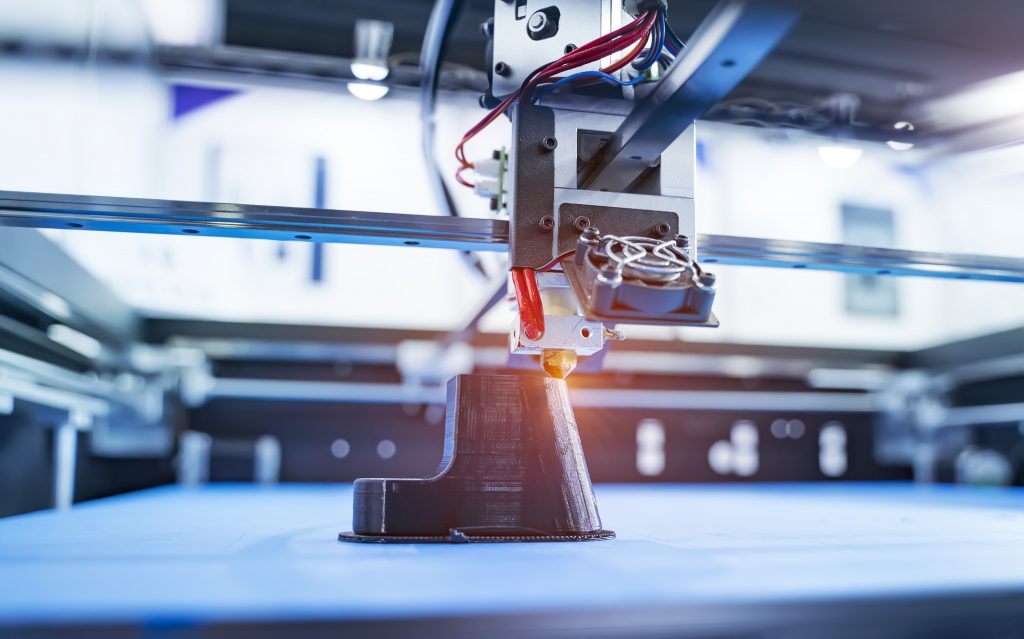 Canadian manufacturers, it appears, have been a bit more cautious than their counterparts in Europe and the United States in rolling out the proverbial red carpet for additive manufacturing (AM) processes, perhaps due to the dizzying array of options and substantial up-front investment that’s required.

However, experts in the field say manufacturers should consider being a little more hospitable as the technology has evolved by massive leaps and bounds from visualization and prototypes to very efficient processes that can save companies some big bucks by reducing waste and cutting out the time it takes to do assembly work.

“There’s a lot of interest and intrigue but the actual adoption is pretty weak in Canada,” says Curtis Pastorius, managing director of Canadian Additive Manufacturing Solutions in Mississauga, Ont., and technical lead of Canada Makes, a network that promotes additive manufacturing. “Canada’s about five years behind what’s happening in the U.S. and the U.S. is five years behind what’s happening in Europe.”

While Canadian companies are curious to learn more about AM, and the fact it can now be used to make fully functional parts in metals and plastics, there’s been so much media hype around it that manufacturers are confused about what will work for them and are cautious about moving forward, Pastorius notes.

The challenge, he says, is to show manufacturers the value proposition of how AM can make them more efficient by streamlining the design process, enabling them to design for function rather than the manufacturing process, and combine several components so a product can be printed as a single piece.

“There’s greater value because I can cut out the whole assembly process and quality issues with the assembly. I can print it as a single piece. It’s more expensive, yes, but I didn’t have to spend on other components.”

Uses in serial production and design

Pastorius notes that tire manufacturer Michelin, for one, has adopted additive manufacturing. The company used to take a block of steel and cut material away to make a mould to form a tire. But, it has since invested in 40 AM machines at $1 million apiece that can print the moulds, giving designers more flexibility and reducing waste.

“Instead of cutting away what you don’t need, you only put on what you do need. They were able to then design the tooling for a better tire because additive allowed them to do that. It’s design for function.”

James Jack, vice-president of business development at Agile Manufacturing Inc. in Uxbridge, Ont., says while adoption of AM in Canada is a bit behind the U.S., inroads are being made across all types of industries. “Companies are still prototyping using 3D printing, but more and more are using additive manufacturing for production.”

The potential applications of AM in mass production are nearly limitless – and faster printing technologies such as digital light synthesis, selective laser sintering and multi-jet fusion make production realistic, Jack says, allowing the production of everything from car and airplane parts to medical implants and robotics.

Being able to craft custom-made pieces for different markets as well as share a file with a printer in Seattle and another in Florida to build the exact same part certainly makes AM appealing, he says.

“The ability to design for the function and use instead of designing for traditional manufacturability is huge. Reducing waste by adding material versus subtracting makes AM more efficient in many applications.”

Other cited benefits include reduction of lead-time as well as the ability to print on demand and maintain a virtual inventory.

“Not having to justify the expense of an injection mould tool when introducing a new product allows people to create and release products that they previously may not have been able to afford,” says Jack.

Ehsan Toyserkani, professor and Canada Research Chair in Additive Manufacturing at the University of Waterloo, says that for many years, companies have been deploying additive manufacturing for low-volume fabrication, but in recent years manufacturers have been working hard to enable the process for serial production as well.

The technology is beginning to garner interest in Canada and industry players seem keen to learn how to adopt metal AM, in particular, as part of their production lines, he says, noting that companies such as Burloak Technologies in Burlington, Ont., and Promation in Oakville, Ont. are developing AM systems. The Canadian aerospace and nuclear industries are also adopting AM.

While it is expensive to get off the ground, Toyserkani notes the process helps manufacturers in a number of ways, allowing for faster development of products and lighter parts, while also saving energy.

AM also gives designers the ability to implement “personalization” while mass-producing parts, he says, So, for example, without any extra tooling, a company could produce thousands of parts with multiple designs.

The fact that AM results in less waste is another bonus, says Toyserkani. Another luxury is that it provides freedom to use less material to design lightweight structures that can perform the same as conventional parts.

In plastic, AM acts as a viable solution to replace injection moulding, while in metal, there is major work being done to address quality assurance tools for mass production, he says.

“This promotion from prototyping to a serial production platform has opened up many research and development opportunities,” says Toyserkani.

Companies that serve the auto industry are looking at AM to enable the production of components that have integrated functionality without the need for tools. Laser sintering technology, for example, often allows companies to produce components such as springs, hinged joints or even pneumatic actuators in a single step, saving manufacturers not only time and money but also minimizing the likelihood of production errors.

While the cost of switching to AM for metal, in particular, is what deters a lot of companies, there are relatively few experts in the field so that makes it difficult for companies to navigate a changeover. Toyserkani suggests manufacturers work with universities and leading additive manufacturing companies to bridge that gap.