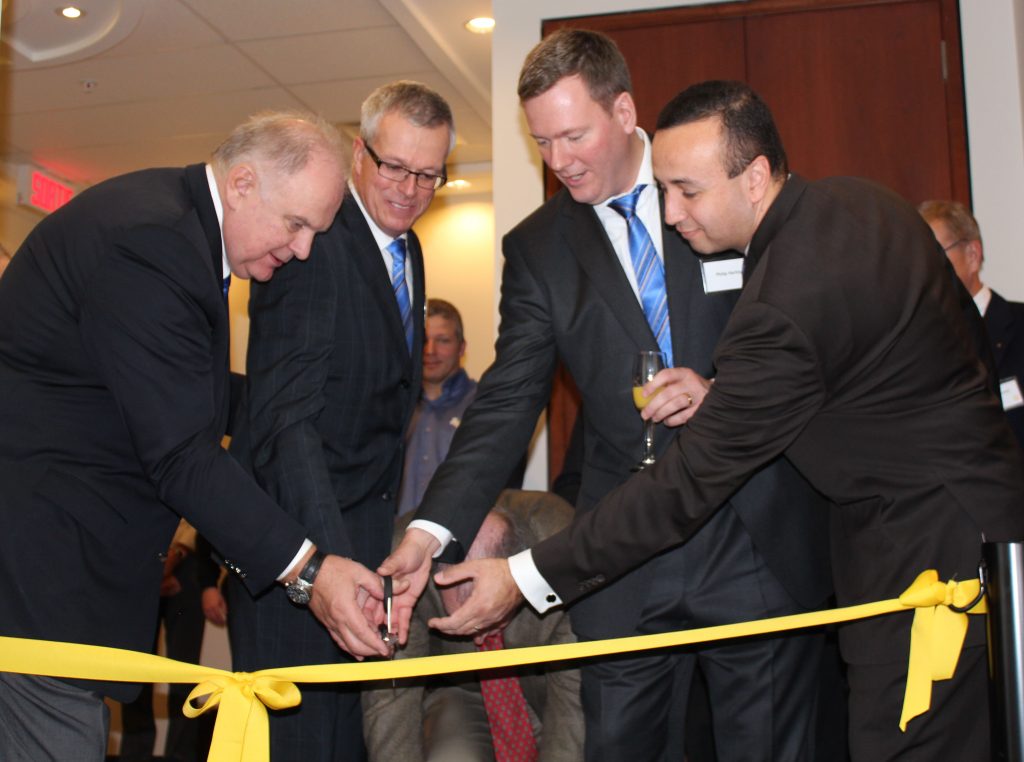 At the ceremonial ribbon-cutting (from left): Rolf Meyer
Advertisement

Harting has opened its first-ever Canadian sales office in Montreal with the intention of building a much closer relationship with the marketplace from coast to coast.

Transforming what had been an indirect connection with customers into a face-to-face relationship will create added value for everyone, Rolf Meyer, president and CEO of Harting North America and the new Harting Canada, told guests at the ceremonial ribbon-cutting for the new office near Montreal’s Trudeau International Airport.

“Harting is a face-to-face company. It has always been a face-to-face company. When the name of the company is the same as the owner’s last name, it is no coincidence,” said Meyer, referring to the presence of senior executive Philip Harting from the parent, Harting Technology Group. “Harting has always been a family business. It’s what has been driving the company for 66 years and something we are absolutely proud of,” added Meyer.

Phillip Harting, senior vice-president of connectivity and networks for Harting Technology Group in Espelkamp, Germany, told the gathering that the fiscal year ending September 30 was another banner year for Harting worldwide. The company recorded a 16.5 percent increase in revenues to €413 million. Revenue for the Americas — Canada, United States and Mexico — grew by 18.9 percent to €44 million.

The Harting Technology Group, privately owned and based in Germany, employs more than 3,400 people globally across 36 subsidiaries. With production facilities in Europe, Asia and the United States, the Harting portfolio of connectivity solutions focuses on multiple levels, from the machine to the device and into the communication infrastructure.