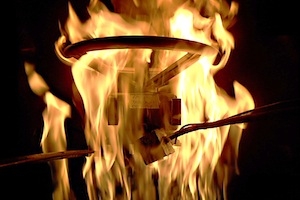 The MRL Multi Rotation Lock from Netherlocks has been awarded the Fire Test Certificate according to ANSI/ API and ISO standards. The award certifies that even in the event of a fire, the MRL will continue to function safely as intended without causing additional interruption to the normal procedure of operation afterwards. During testing, the MRL interlock was subjected to sustained temperatures above 1800 degrees Fahrenheit for approximately 20 minutes. After cooling down, the interlock functioned correctly to safely lock and unlock the handwheel valve according to specification. The Netherlocks MRL is an interlock for multi rotation handwheel operated valves. The interlock operates with a series of keys that lock into place, and are impossible to remove out of sequence. This eliminates human error when improper operation of a valve could cause injury to personnel or damage to equipment.
www.netherlocks.com