News
Chrysler invests $2B in Windsor plant retooling, next minivan 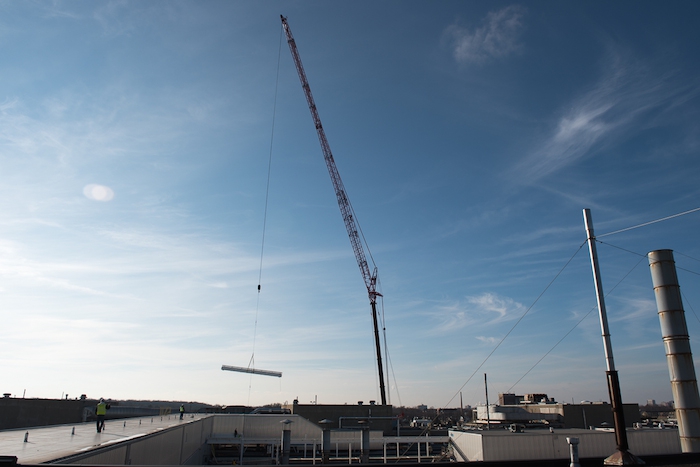 Jan. 15, 2015 – Fiat Chrysler Automobiles (FCA) will spend $2 billion for retooling Ontario’s Windsor Assembly Plant during its planned three-month upgrade and expansion scheduled to begin next month, announced CEO Sergio Marchionne at the North American International Auto Show this week, where he also confirmed a next-generation minivan will be built at the plant. It was first time the company has said how much the project will cost.

The investment shows the importance of the facility and the value of its trained and experienced workforce, said Jerry Dias, national president of Unifor, the union representing workers at the Windsor facility.

“Nothing is more valuable to a company than a skilled and dedicated workforce,” he said. “With this announcement, Chrysler is recognizing that the plant where it launched the minivan is the ideal place to bring the vehicle in the modern era.”

He called on the provincial and federal governments to work with labour and industry to develop an auto strategy so Canada can build on a spate of recent investment announcements to help ensure a stable future for the industry.

“Strong communities and bright futures for our young people means we need to create more good jobs in this country,” Dias said. “We all have a role in making that happen.”

Exterior construction on the plant began last month, as the company used a 600-ton crane to install 200 pieces of structural steel for a new conveyor enclosure on the roof (see photos below). Measuring more than 20 feet tall, the conveyor enclosure will house the new skillet line, a global standard for Fiat Chrysler Automobiles facilities. The skillet moves the vehicle along the line, adjusting its height to the desired level for workers, improving vehicle quality with a better line of sight, said the company. The skillet also provides optimal ergonomic positioning, which allows workers to function in the Golden Zone, a 60-degree window in front of the operator that is ideal to present parts, it added.

Additional projects are also scheduled to be completed during the 14 weeks of downtime.

Last week, the International Brotherhood of Electrical Workers (IBEW) announced Chrysler is looking for hundreds of electricians for a massive retooling project. Union assistant business manager Barry Heeney says it’s great news for Windsor-area members, adding that the IBEW will have to reach out to other locals across Ontario to fill the positions. Heeney says he’s not sure about other trades, but said he’s heard up to 500 electricians will be required for the work, expected to last about three months while the retooling is taking place.

LouAnn Gosselin, a Chrysler Canada spokeswoman, said the positions are being made available by one of Chrysler’s contractors, not the automaker itself.

Last March, the plant received a Silver designation in World Class Manufacturing after demonstrating know-how and competence in the manufacturing methodology, becoming the first FCA North America facility to be so recognized.