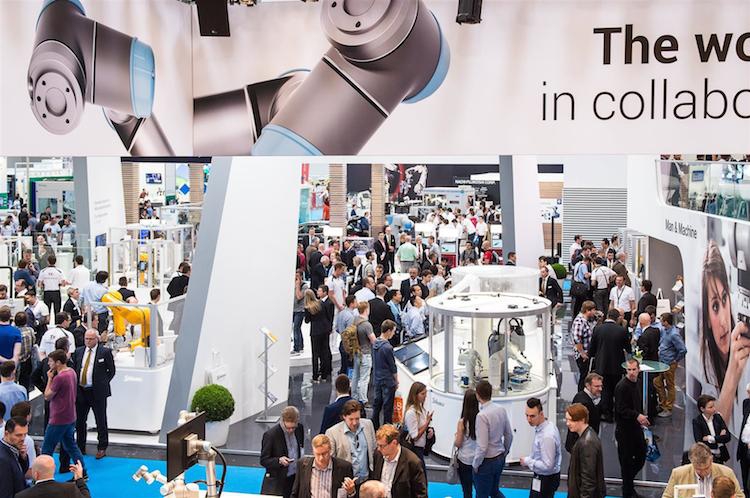 “Automatica 2016 has broken all records. In particular, the number of international visitors has increased enormously. The increase was significantly above 50 per cent!” said Patrick Schwarzkopf, managing director of VDMA Robotik + Automation.

In particular, organizers say the Chinese automation boom is “becoming increasingly noticeable” at Automatica, with a total of 13 delegations that came just from China. “Automatica is absolutely one of the leading trade fairs for automation and robotics, which gives very strong impression to the Chinese visitors and exhibitors,” said Song Xiaogang, general secretary of the China Robotics Industry Alliance (CRIA). “With plenty of cutting-edge technologies, robotics, machine vision and integrated assembly solutions, Automatica 2016 displays the diverse range of new possibilities. Through communication and exchange, CRIA delegation believe, there is a bright future of Sino-German cooperation in automation and robotics.”

For attendees who enjoy hands-on activities, Automatica featured a new event “Makeathon,” bringing together more than 140 participants who worked in computer science, robotics and mechatronics teams to develop hardware prototypes within 24 hours. The prototypes ranged from an automated shoe for senior citizens, to a complete digital factory as a production line, and the production of power bars that are adapted to the individual needs of consumers, e.g.,  weight or activity level.

Main topics at Automatica 2016 include digitalization, Industry 4.0, service robotics, and man/machine collaboration, said organizers. Dr. Horst Neumann, group head of human resources at Volkswagen AG and founder of the Institute for the History and Future of Work, explained, “Work in factories is becoming increasingly more demanding. As a result, workers need to become more qualified. We need to work on this. A trade fair such as Automatica can open people’s eyes in this process and thus make a contribution.”