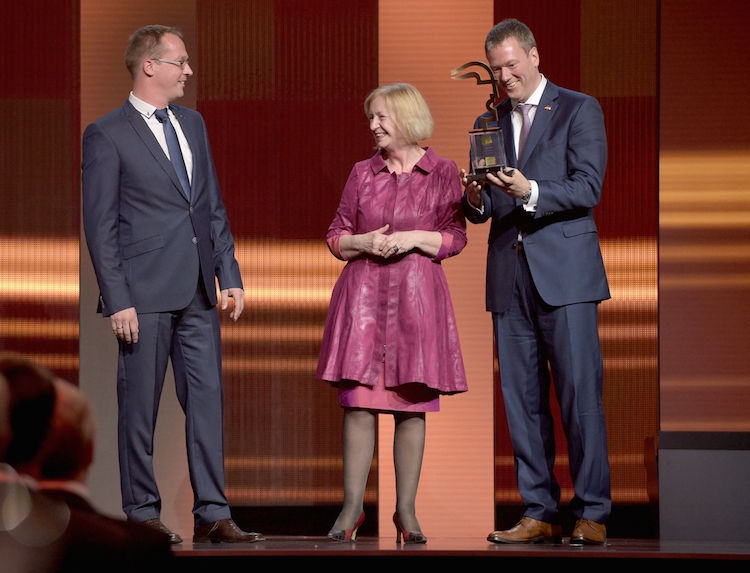 Apr. 24, 2016 – Based in the town of Espelkamp, Germany, the Harting IT Software company has been announced as the recipient of this year’s Hermes Award, a prestigious industrial innovation prize, presented today at the Hannover Messe opening ceremony by German federal minister for Education and Research, Dr. Johanna Wanka.

Harting received the award for its MICA product, an open and modular platform consisting of embedded hardware and software which serves as a central component in the Industry 4.0 environment. Through its combination of established Linux technologies, the product allows users to virtualize field devices and add their own customizable hardware components that communicate via USB, says the company. MICA can be operated using Power over Ethernet (PoE). Each MICA unit contains a TPM chip and supports both SSL and VPN, promising secure authentication and communication between the various MICA modules.

“Since 1947, Harting has been an exhibitor at Hannover Messe and over the intervening decades has evolved from being a pure hardware manufacturer to becoming a software-driven technology provider,” said Dr. Jochen Köckler, member of Deutsche Messe’s managing board, the company organizing the annual event. “The award-winning MICA product represents a key contribution to the keynote theme for this year’s Hannover Messe, and will make it easier for small and medium-sized enterprises to enter the world of Industry 4.0.”

Chaired by Dr. Wolfgang Wahlster, director of the German Research Center for Artificial Intelligence (DFKI), the jury said they was impressed by the “concept of lightweight virtualization using Linux-based containers which MICA implements on compact field devices.”

“By installing numerous integrated MICA modules, which essentially represent the nervous system of a digitized factory, an existing plant can be gradually migrated over to Industry 4.0, shortening the time needed for product changeovers along the way,” said Wahlster.