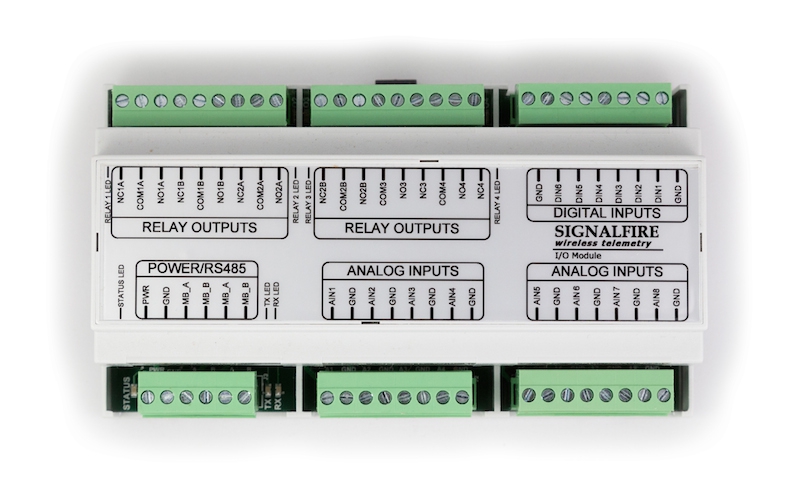 Jul. 5, 2016 – SignalFire Wireless Telemetry says it has expanded the capabilities of its Multi Input/Output (MIO) Module to connect directly (Modbus) with programmable logic controllers (PLCs) or can be configured to perform autonomous local control where an input can trigger a relay output when a set threshold is met.

In its standard configuration, the MIO Module provides wireless I/O capability as part of Signal Fire’s Remote Sensing System, sending data from attached sensors to a SignalFire Gateway that can report inputs and write outputs via its wireless network. The company says when operating in non-wireless Modbus mode, the SignalFire Multi I/O Module can be connected directly to a user’s controller via Modbus RS-485 or operate independently without any outside device controlling it. Additionally, the module can be connected wirelessly or wired to a monitoring device (PLC) to monitor status.