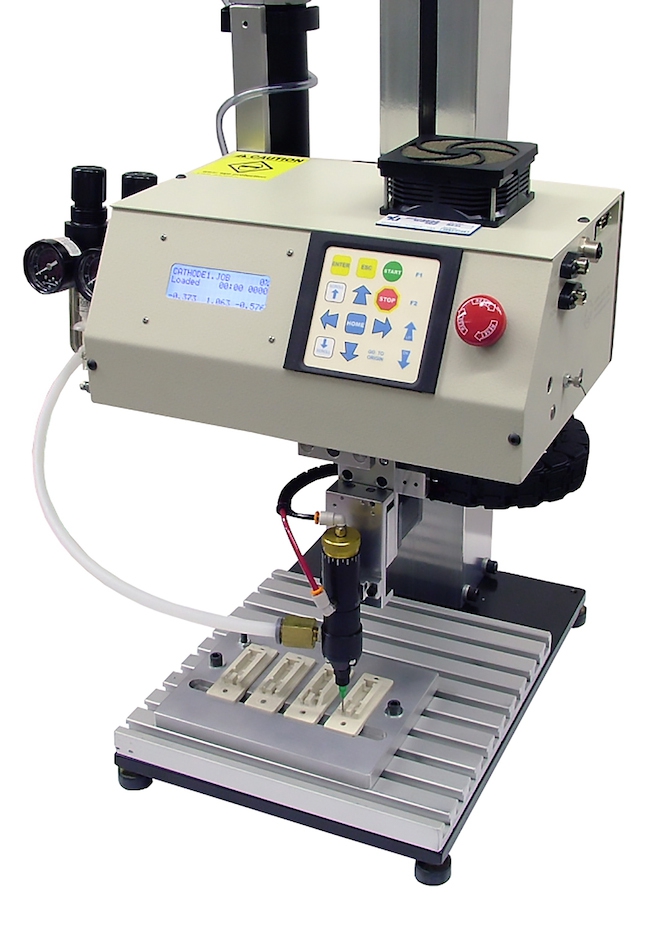 All XYZ motion and valve/syringe control is packaged inside of the head requiring no external PC or control box for operation, says the company. In addition to being used as an independent work cell, the unit can be mounted on conveyors, over indexing dials, etc., to operate as a self-contained fluid dispensing station, notes Dispense Works. Boasting the latest embedded control technology, the series includes connectivity through RS-232, Network and dual USB ports. Motion paths may be defined by typing commands, importing CAD files or using the advanced jog and teach functions.