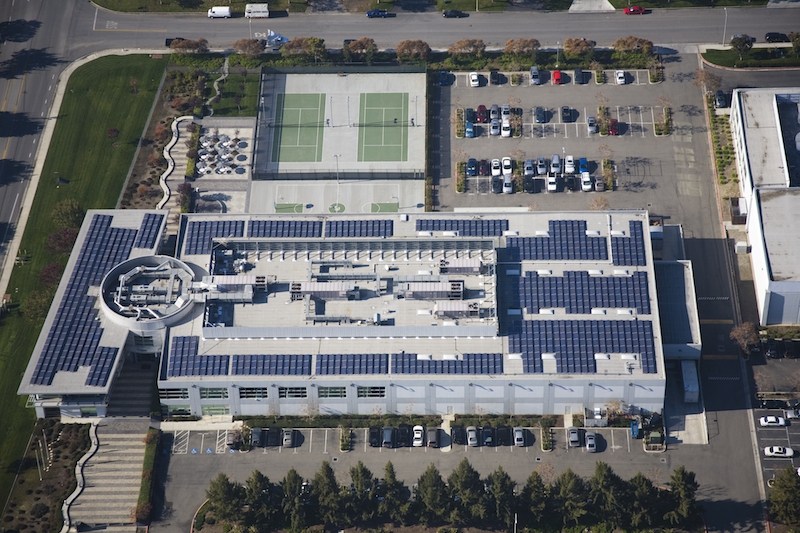 Nov. 1, 2016 – About 50 per cent of the total power requirements at Idec’s U.S. headquarters are powered by a combination of solar panels and recently-installed wind turbines.

Along with other energy-saving measures, such as switching metal halide to LED lamps in the warehouse and changing to LED external lighting, the manufacturer says it is saving more than $100,000 a year on its electric bill, “with more savings to come.”

The wind turbines are a relatively new addition as they were installed this past September. There are six Windspire Series IV 2000 model turbines total, with a combined maximum power output of 8.4 kW. According to Idec, the wind turbines “augment the existing solar panels by providing additional power, particularly on cloudy days. In addition, unlike solar panels that depend upon the sun, the wind turbines can operate up to 24 hours a day.”

“Before the solar system was installed in 2008, Idec said it was using about 1.1 million kWh/year. With solar panels, LED lights and other energy-saving measures, annual power usage is down to about 600,000 kWh/year. The wind turbines coupled with a future battery system to store solar and wind power are expected to provide another 100,000 kWh/year in power savings and demand reductions, cutting energy use from 1.1 million kWh/year in 2007 to a projected usage of about 500,000 kWh/year in 2017, which equates to an annual savings of approximately $150,000,” according to a statement from the company.

“We are committed to green energy, with the ultimate goal of getting completely off the grid,” said Lanny Schuberg, engineering and compliance manager. “We’re considering additional solar arrays for our parking lot to further increase our solar power generating capacity.”

To help reduce the peak demand charges assessed by local electric utility PG&E, Idec said it plans to install a large storage battery system in the next six months to release captured wind and solar energy into the grid during peak power times.

— With files from Idec