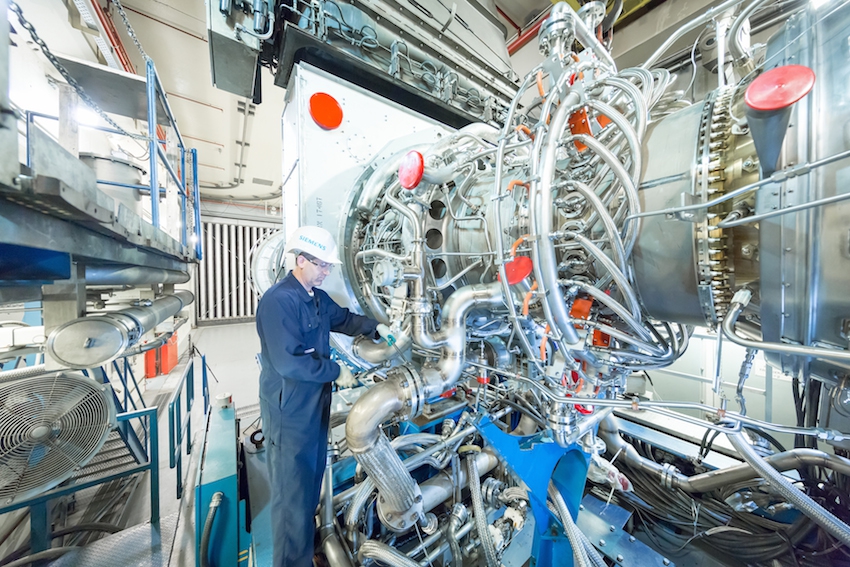 This order marks the 300th SGT-800 machine that the company has sold worldwide. The turbines will provide a combined electrical capacity of approximately 500 MW and help fighting the electricity shortfall in Argentina. The SGT-800 turbines were ordered by the independent Argentine energy producer Albanesi S.A., and the aeroderivative Industrial Trent 60 machines were ordered by the international energy group SoEnergy.

Siemens will supply two SGT-800 to each of the power plants in Rio Cuarto and San Miguel de Tucuman in Argentina. Three of the turbines will be installed in the Argentine city of Ezeiza. The two aeroderivative turbines will generate electricity in the gas-fired power plants in El Salto and Rio Tercero. Siemens will produce all seven SGT-800 turbines in its factory in Finspong, Sweden, and the two Industrial Trent 60 turbines in Mount Vernon, Va., and Montreal, Que. All machines could meet a fast delivery schedule, which makes it possible to quickly provide new generation capacities for private homes and industry in Argentina.

“These orders represent an enormous success for us,” said José Aparicio, vice-president for the sales region Latin America at Siemens Power and Gas. “Not only do we gain access to the Argentine market with our Industrial Trent 60 machine, but the order will also open up additional sales opportunities in an important growth market. The turbines’ high economic efficiency and great operating flexibility as well as their good environmental balance sheet contributed to this success.”

Power consumption in Argentina is growing at a rate of around 6 per cent annually. To meet this growing demand, the country must invest extensively in new power plants. Along with wind and solar power plants, Argentina is focusing primarily on gas-fired plants, which permit a high degree of operating flexibility and produce comparatively few CO2 emissions.

Siemens has sold more than 300 machines of this type on all five continents worldwide over the past 20 years. Customers particularly appreciate the turbine’s low lifecycle costs, outstanding emissions performance and great operating flexibility. Altogether, the installed SGT-800 fleet has reached more than 4 million operating hours.