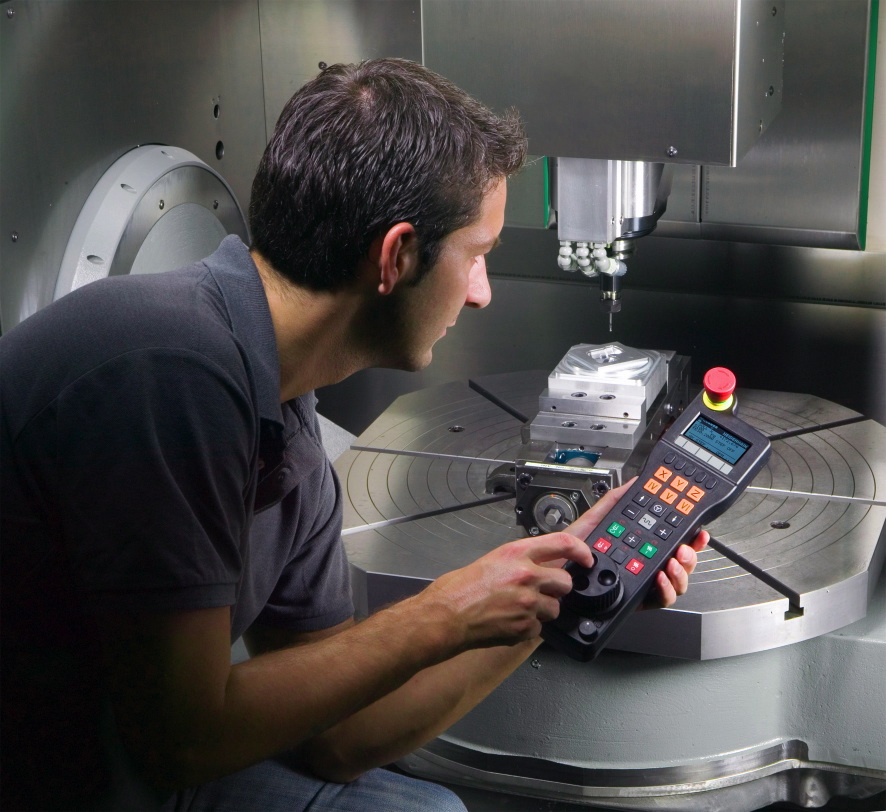 Heidenhain’s electronic wireless HR 550 FS handwheel is designed for use on machine tools. The handwheel enables remote control datum setting and probing with free and unrestricted movement around the machine. Used in conjunction with the Heidenhain iTNC 530 control, this HR 550 FS wireless handwheel communicates with its base via a 2.4-GHz ISM radio band, freely accessible worldwide. The "FS" stands for Functional Safety, meaning the handwheel corresponds to the valid requirements for safety, such as an emergency stop button and permissive buttons. If the machine operator moves out of range, it reacts with a vibration alarm. The coloured and raised axis keys of the HR 550 FS wireless handwheel permit traverse of up to six NC axes. In addition, the machine manufacturer can configure an axis key for selection of the "virtual tool axis." The handwheel display itself consists of a header and six status lines. It displays important machine conditions and information (e.g., position of the selected axis, spindle speed, feed rate, error messages, active basic rotation and tilted working plane), as well as the functions of the five soft keys, which the machine integrator can assign as desired. In addition, the machine tool integrator can assign specific functions to the six function keys featuring LED indicators. The symbols for the axis designations and the function keys can be exchanged. In the version with mechanical detent, the traverse per stop can be set.