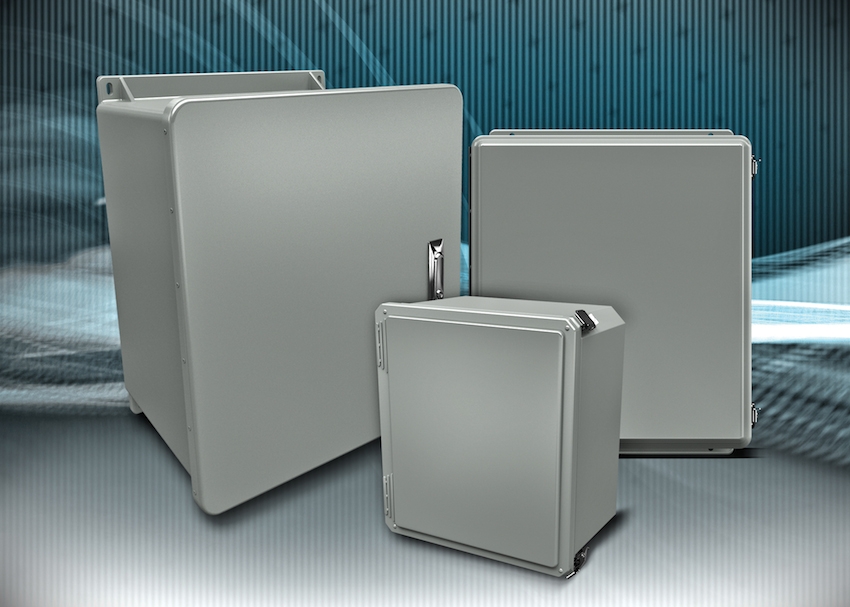 Apr. 6, 2017 – AutomationDirect says it has added 189 new fiberglass enclosures, subpanels and accessories to its Hubbell-Wiegmann line of non-metallic enclosures.

The new Classic series of enclosures is designed for general electrical and electronic applications as well as applications requiring broader environmental concerns, says AutomationDirect, adding that the enclosures will enhance the appearance of any instrument installation. They are suitable for high visibility locations found in both industrial and commercial applications, but the chemical resistance and watertight capabilities, according to AutomationDirect, make them ideal across a range of environmental installations as well. New enclosure models have also been added to the existing Premier, Slim Line, JIC and Control Series lines of Hubbell-Wiegmann fiberglass enclosures.