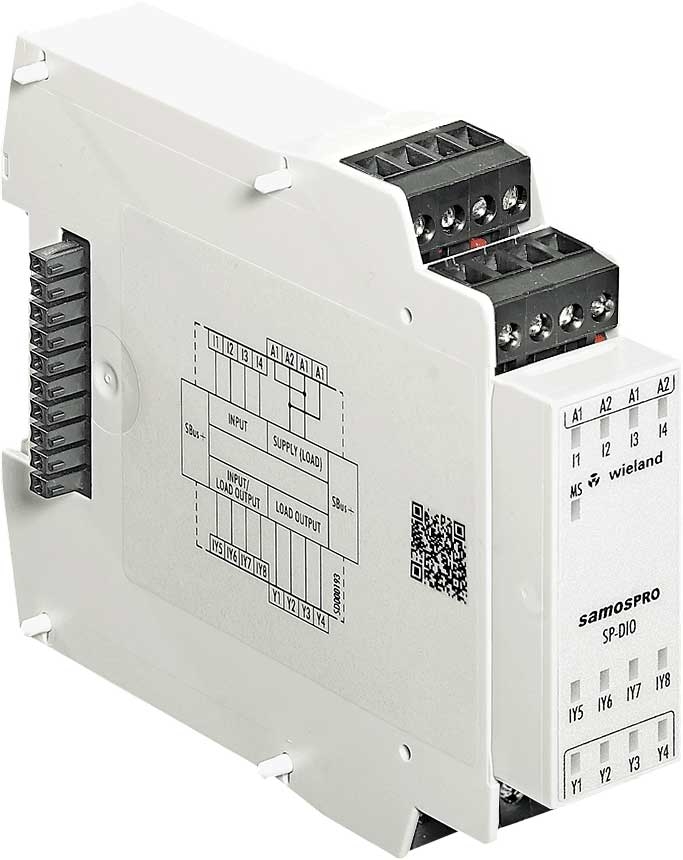 According to the company, the SP-DIO84 boasts modular extendibility and provides an inexpensive digital interface. Wieland says the SP-DIO84 module expands the safety control system samos Pro compact with standard in- and outputs. Using these modules, non-safety-related automation tasks can be realized efficiently and cost-optimized, it adds. Features include: up to 8 in- and 8 outputs in 22.5-mm housing width; 0.5 A output current on each single output; operating temperature from -25 to 65 degrees C; optical display of all in- and outputs; and connection by pluggable screw- or push-in-terminals. Key applications of the line include machine building, firing systems, and elevator systems.